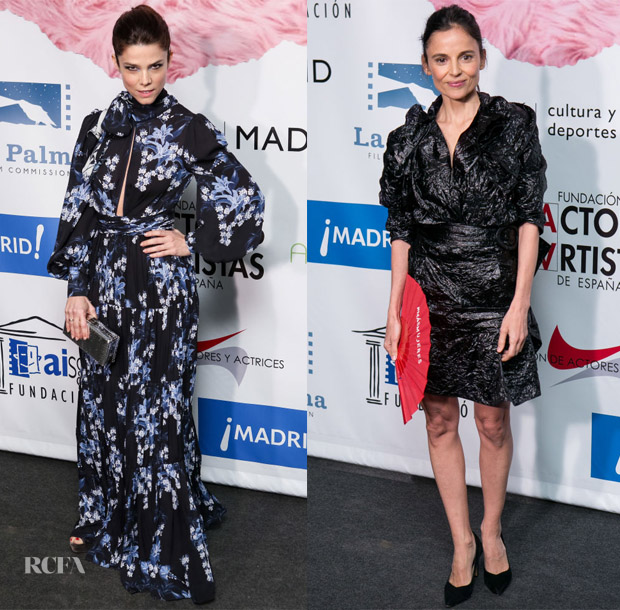 Juana Acosta: The Colombian actress struck a pose in a Johanna Ortiz gown. It was brimming with dark romance from the deep colour palette and full sleeves. Jimmy Choo shoes and clutch played up the mood while the slit down the front added a sensual undercurrent.

Elena Anaya: Showing some leg, the ‘Wonder Woman’ actress donned a Carmen March frock. I fear that many will describe this as a garbage bag dress given the textural quality of the fabric. She carried a #MasMujeres red fan. Like #MeToo, it helps support equality for women in cinema. 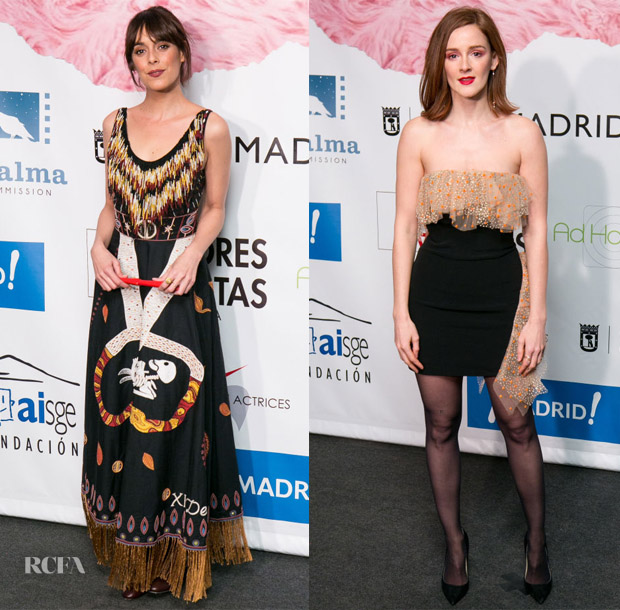 Belen Cuesta: Having seen a vast number of Christian Dior ensembles with sheer skirts, I was pleased to see this dress from the Resort 2018 collection. Some might raise an eyebrow to the whimsical print, but there’s such charm and movement to the piece. The boots emphasized the western theme without it becoming costume-y.

Ana Polvorosa: The Spanish actress’s Pedro del Hierro dress juxtaposed a slinky black base with gossamer layers of tulle sprinkled with embellishment. It was a dramatic contrast that will likely be divisive. She played into it more with the sheer black tights and black heels.

Angela Bassett In Missoni – The Late Show with Stephen Colbert