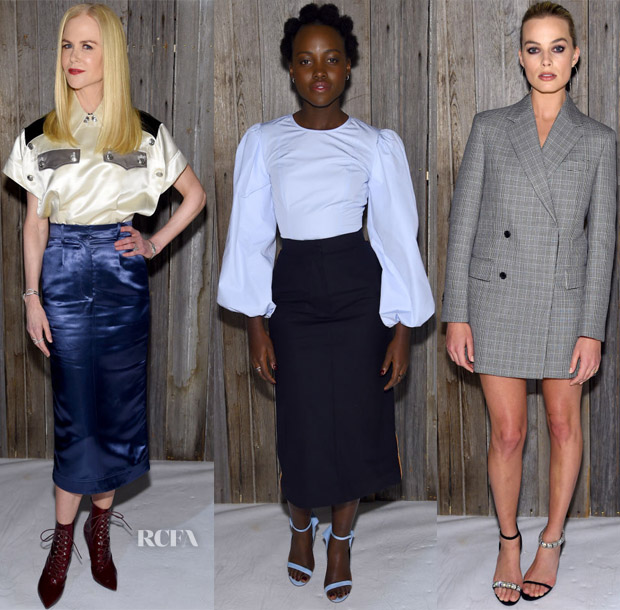 There was to be no shortage of stars on the front row at the Calvin Klein Fall 2018 show, held on Tuesday (February 13), where the looks were just as diverse as the ladies themselves.

Nicole Kidman: I will always struggle with how satiny fabrics photograph, but seeing this Calvin Klein Spring 2018 look translated off the runway on Nicole, and I think she did it justice—even in spite of its cowgirl shirt-meets-retro diner uniform mood.

Lupita Nyong’o: Not only was the periwinkle hue of the blouse a radiant offering, the drama of the pouf sleeves added a layer of girly romance–to which the black skirt merely acted as the canvas to celebrate it.

Margot Robbie: I love how the ‘I, Tonya’ actress took this Calvin Klein Fall 2017 jacket and stripped away the rest of the elements to make a dress. It had an insouciant chicness about it; a vibe that was only furthered by her mismatched sandals, giant hoop earrings, and slicked-back bun. 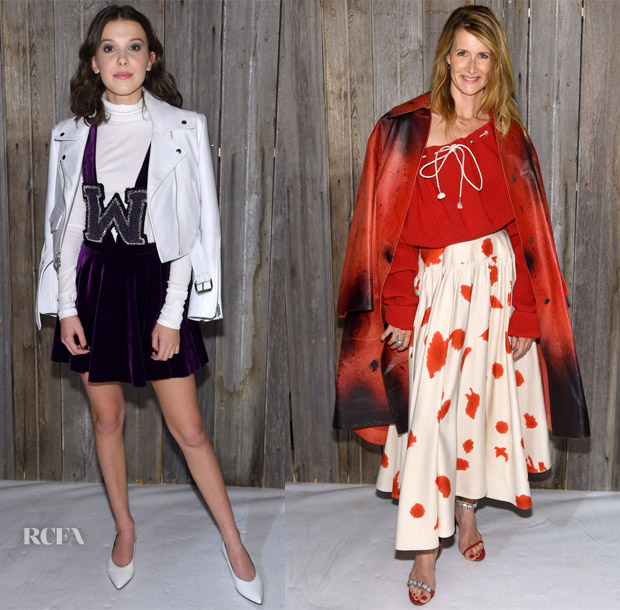 Millie Bobby Brown: I had to smile at this darling Calvin Klein by Appointment look from the ‘Stranger Things’ starlet, given its tongue-in-cheek, girly cheerleader connotations that she styled with an elevated command of form in the cropped leather blazer to slightly toughen the girlish fun.

Laura Dern: This Calvin Klein Spring 2018 jacket was in and of itself a statement piece with its bold, paint-splattered motif. It needed to stand alone, as did the equally bold, boho quality of her red peasant-inspired top and skirt underneath. Each was palatable on their own, but overcooked together. 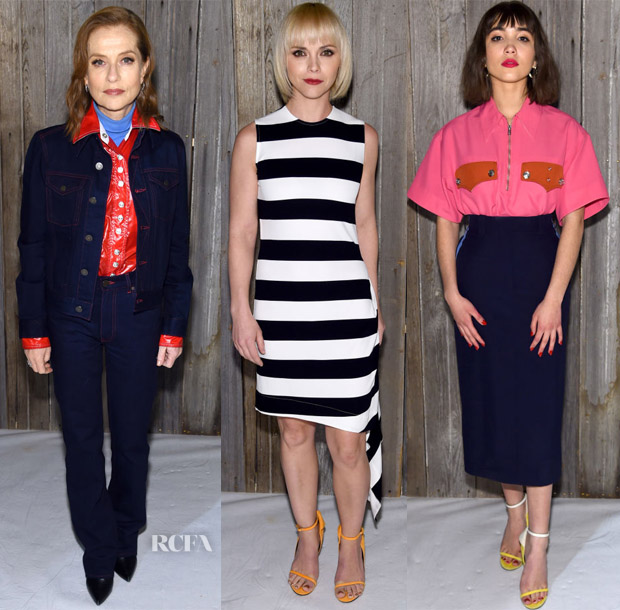 Christina Ricci: The boldness was real in this striped frock that competed for attention with her neon-orange sandals.

Rowan Blanchard: I’ll be the first to admit, I had to do a double-take here, as I barely recognized Rowan with her new fringe. The colourful look that borrowed influences from workwear and retro styling may have seemed a bit mature, but the quirk of it all was 100-percent Rowan. 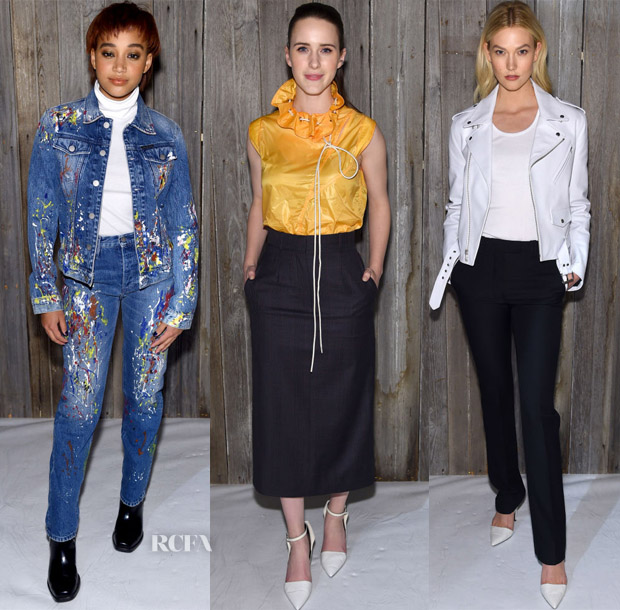 Amandla Stenberg: The young actress continues to experiment with her style, and here some might say that it looks as if she got a bit overzealous with the splatter paint in this creative, throwback twist on the Canadian tuxedo.

Rachel Brosnahan: It’s easy to see the sporty inspiration in this Michael Kors Spring 2018 look with the nylon, drawstring top. Rachel wore it in a more subdued, classic manner, though, with the straight skirt and pointy shoes.

Karlie Kloss: Wearing the same jacket as Millie Bobby Brown, the supermodel took it in a completely different direction with a nonchalant, black-and-white look that was both basic and chic. 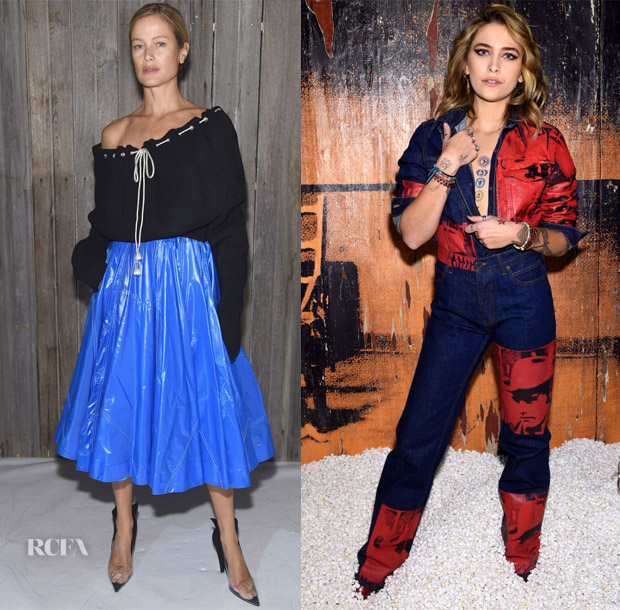 Carolyn Murphy: This Calvin Klein Spring 2018 ensemble married the peasant styling of the top with the directional flair of the electric-blue nylon skirt and statement pumps for an intriguing effect—and a post-modern approach to ladylike femininity. Bare-faced makeup ensured that the focus was on the outfit only.

Paris Jackson: With a different interpretation of the industrial, work-wear influence of the Calvin Klein Spring 2018 collection, Paris brought such a strong sense of personalized attitude—complete with her ink and bead bracelets—to this painted denim look that I couldn’t help but love it.