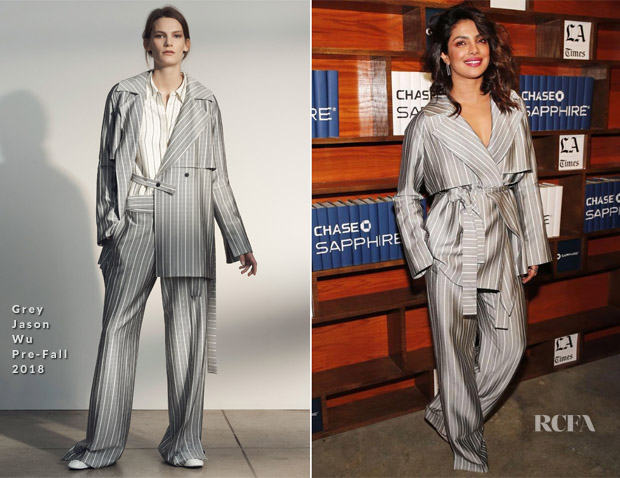 LA Times ‘A Kid Like Jake’ Event: Her Grey Jason Wu Pre-Fall 2018 striped suit presents a completely different finish done up compared to the open version in the lookbook. There was a luxuriously louche pajama dressing feel to belted jacket with the open neck and tousled hair upping the sultriness. 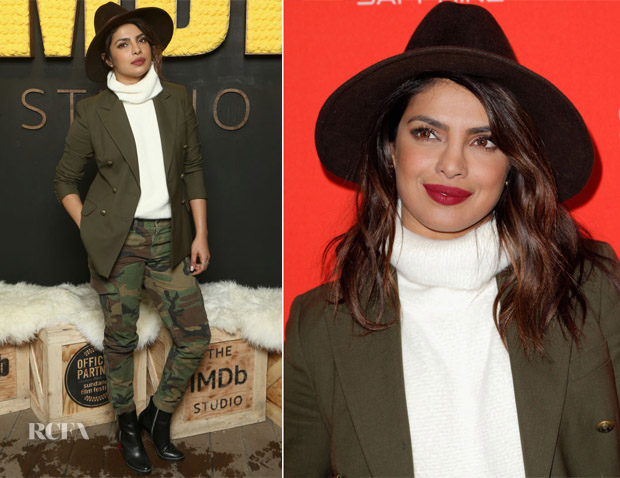 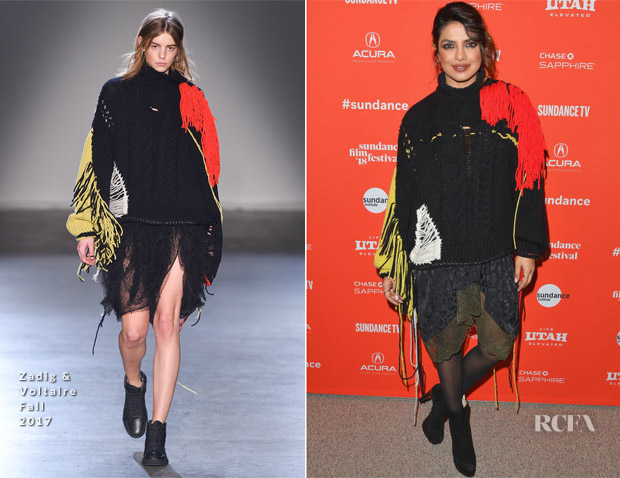 ‘A Kid Like Jake’ Premiere: Knits are a common fixture at Sundance given the snowy temperatures, but her deconstructed Zadig & Voltaire Fall 2017 outfit was anything but standard. The contrasting colours and loose ends created an edgy fringe effect. The punky mood was softened with the lace skirt and sheer tights. The black skirt would have produced a more harmonious finish, but the differing textiles did speak to the avant-garde mood.