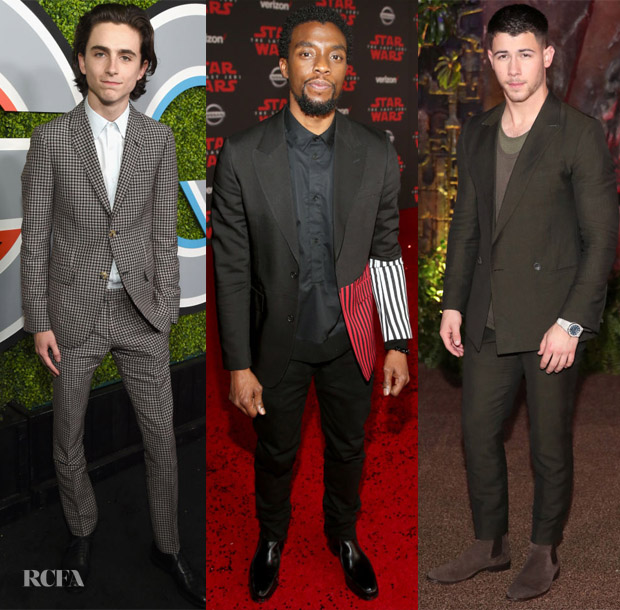 A group of handsomely outfitted guys have been out and about lately, as they make the red carpet rounds. Here’s the midweek roundup.

Timothee Chalamet: I love this up-and-comer’s style, as he always appears effortlessly nonchalant yet completely pulled-together on the red carpet even in a super-sharp Gucci Resort 2018 checquered suit that assured he stood out among the crowd at the 2017 GQ Men of the Year Party on Thursday (December 6) in LA.

Chadwick Boseman: At the ‘Star Wars: The Last Jedi’ LA premiere on Saturday (December 8), Chadwick joined a constellation of actresses—and held his own in a Ports 1961 Fall 2017 ensemble. The unexpected, directional striped detail is what sold the look to me for this monumental premiere.

Nick Jonas: Looking as spiffy as ever, Nick dressed in a Ermenegildo Zegna Couture suit for the ‘Jumanji: Welcome To The Jungle’ LA premiere on Monday (December 11). I really like how the cropped proportions, crew-neck shirt, and suede boots brought a whole new, cool-suave perspective to this look. 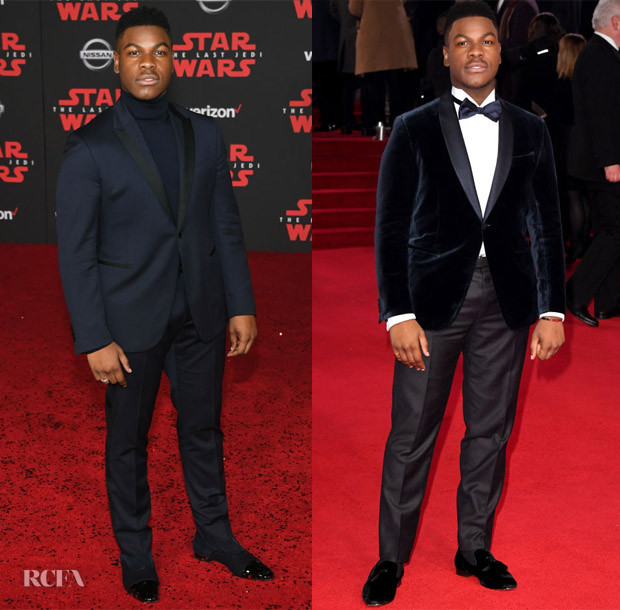 John Boyega: Proving that midnight-hued monochromatics can be plenty dramatic, John looked so handsome in this Versace ensemble that was far from one-note at the ‘Star Wars: The Last Jedi’ LA premiere.

John Boyega: The London premiere of the ‘Star Wars’ film on Tuesday (December 12) had the actor dressing up in more formal threads with this regal Brioni tux. That velvet jacket may have been a smidge too snug, though. 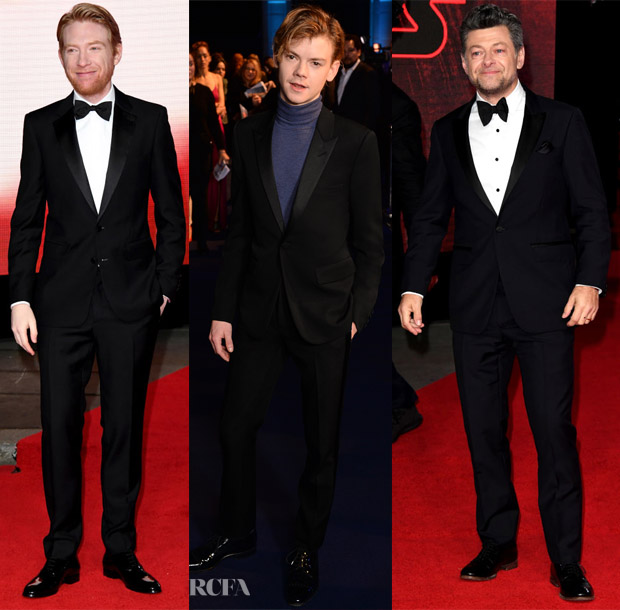 Thomas Brodie Sangster: Thomas paired his dark Saint Laurent suit with a blue turtleneck for a twist on the traditional suit and tie at the British Independent Film Awards on Sunday (December 10) in London.

Andy Serkis: Speaking of traditional, that was the British actor’s calling card in this formalized Lanvin tuxedo styled with a Montblanc timepiece at the ‘Star Wars’ London premiere.