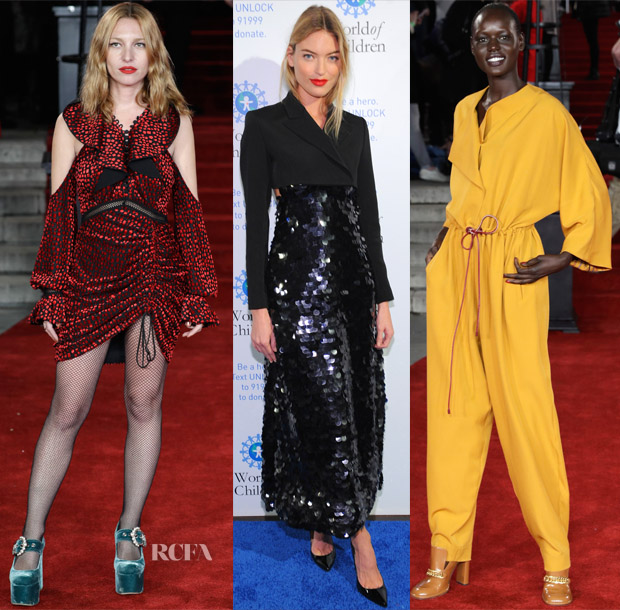 There were so many looks this week, that we’re going to cram them into this final post.

Josephine De La Baume: Attending the ‘Murder on the Orient Express’ world premiere, the French actress opted to infuse her red carpet style with high-voltage seduction courtesy of this Self-Portrait devore mini dress from the Fall 2017 collection. I’m not usually a big fan of platform shoes, but I find myself buying what she’s selling as these Miu Miu Mary Janes add a playful vibe.

Martha Hunt: I love the fashion forward feel of this Off-White c/o Virgil Abloh black cropped blazer and sequin dress from the Fall 2017 collection with simple black pumps. Worn to the World of Children Awards, this was a truly intriguing look I have to say.

Ajak Deng: This saffron yellow Roksanda ‘Tamiko’ jumpsuit from the Fall 2017 collection gave me so much joy at the ‘Murder on the Orient Express’ world premiere. I love the relaxed nature of it all with the chunky heels adding a utilitarian flavour. 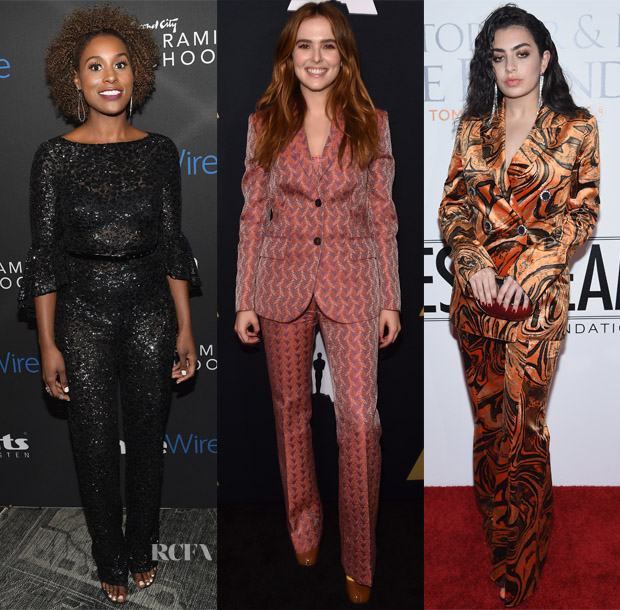 Zoey Deutch: Miu Miu doesn’t shy away from the retro trend – and neither does Zoey in this printed suit for a fun twist to her red carpet style. Oozing with vintage appeal, brown platforms ensured the good times continued to roll at the Academy Nicholl Fellowships In Screenwriting Awards.

Charli XCX: On the one hand I was happy to see Charli switch things up at the Samsung Annual Charity Gala by wearing this Emilio Pucci suit, but on the other hand, I dislike the garish print. 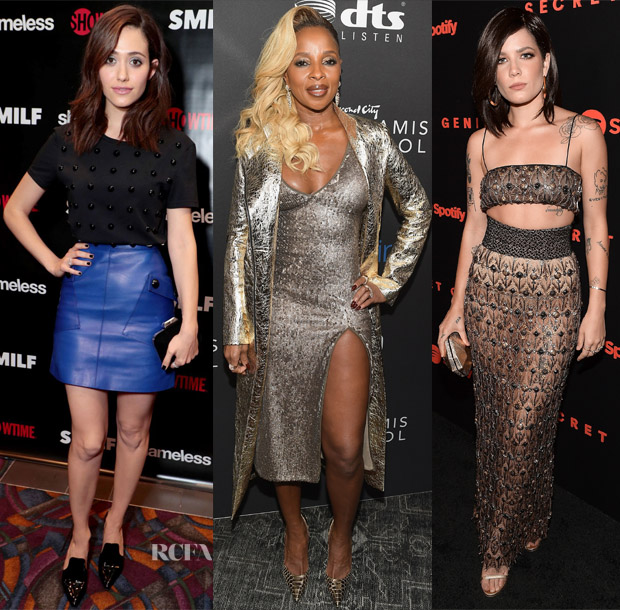 Emmy Rossum:  We often associate Emmy with BDOTY glamorous gown, yet here she shows that she can do smart-casual and laidback just as well in David Koma Resort 2018 for the ShamelessFest in LA.

Mary J Blige: Even the magpie in me is saying there is too much shine going on with Mary’s gold Maria Lucia Hohan dress and duster coat. She completed her look with Le Vian diamond earrings, Djula diamond ring, Narcisa Pheres diamond ring, and Spallanzani diamond ring: 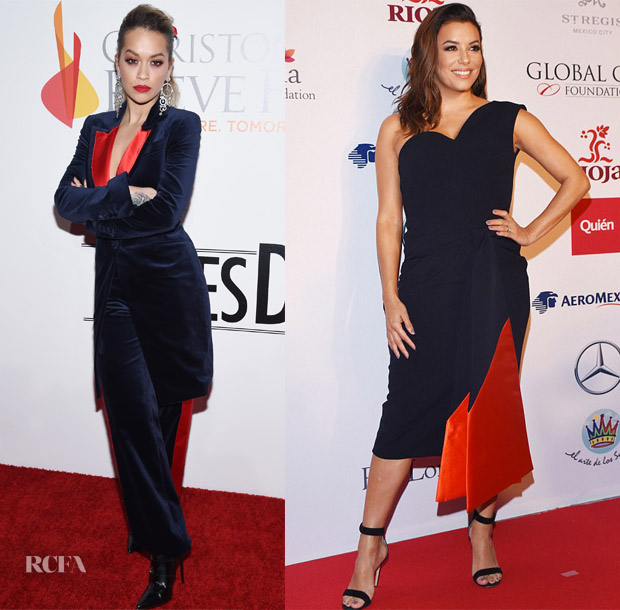 Eva Longoria: Took her Global Gift Gala to Mexico this week, where she graced the red carpet wearing a Peggy Hartanto Fall 2017 dress. The dress is beautifully cut, but the red panels feel a tad OTT.

15 Responses to End Of The Week Red Carpet Roundup