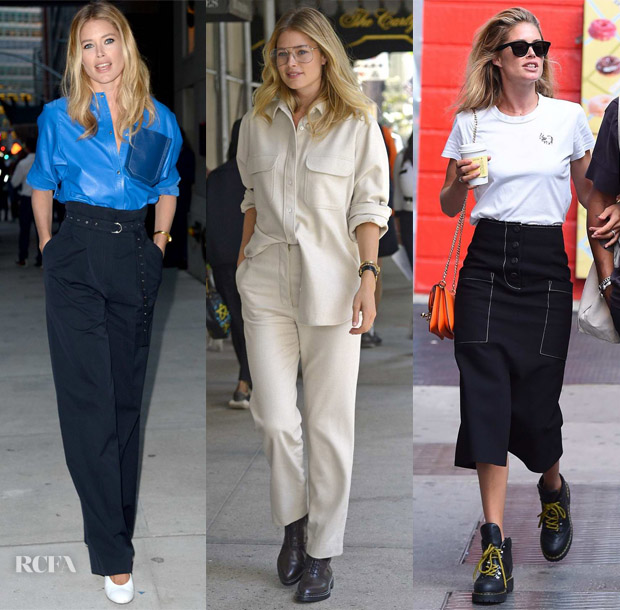 As New York Fashion Week marches on, supermodel Doutzen Kroes has been seen out and about in NYC, showcasing her own penchant for chic, street style.

I was immediately drawn to the electric-blue hue of the shirting in her first look, worn at the Daily Front Row’s Fashion Media Awards. While the oversized pocket detail could come across as comical on some occasions, that was quickly quashed by her ultra-sophisticated high-waist trousers. The only thing I would have changed is the white shoes for a tonal navy sandal.

The casual-cool factor that belongs to any ensemble by The Row was plainly felt in this second look. It may have been a study in monochromatic neutrals, but I would say that her statement eyeglasses and mannish loafers kept the ensemble from being one-note.

I never thought I would say it, but those lug-sole boots actually work on Doutzen here. Somehow, she manages to make every clunky inch of them work with her T-shirt and pencil skirt, punched up by that orange shoulder bag.

Posted by Rachel Watkins on September 12, 2017 In: Doutzen Kroes, Sidewalk Style, The Row