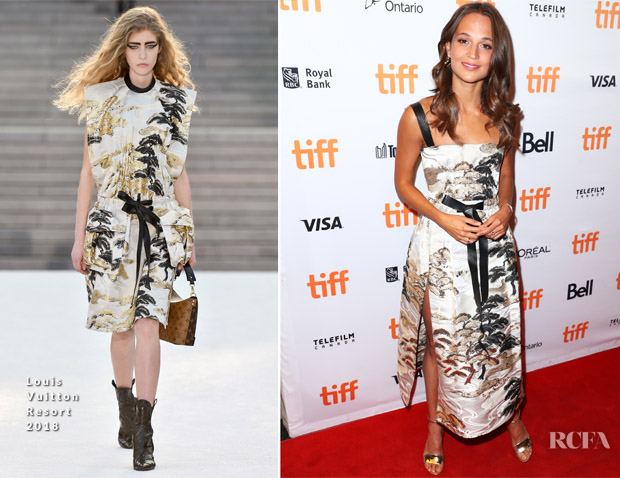 Alicia Vikander was at the ‘Euphora’ premiere during the 2017 Toronto Film Festival on Monday (September 11).

While the film festival seems to be the place for a few red-carpet transformations, it was very much the status quo for Alicia who was dressed in Louis Vuitton, naturally.

However, what was transformative about this Resort 2018 look was the modifications made from the original tapestry dress.

Made more traditionally feminine with the revised neckline and heightened bow at the waist, it created a sweet look for the actress. But it wasn’t without its fair share of edge.

Lest it get too ladylike, the two suggestively high slits at the side hinted at a slightly more rebellious intrigue.

I love how she styled the look with bounding waves for a softly romantic finish.