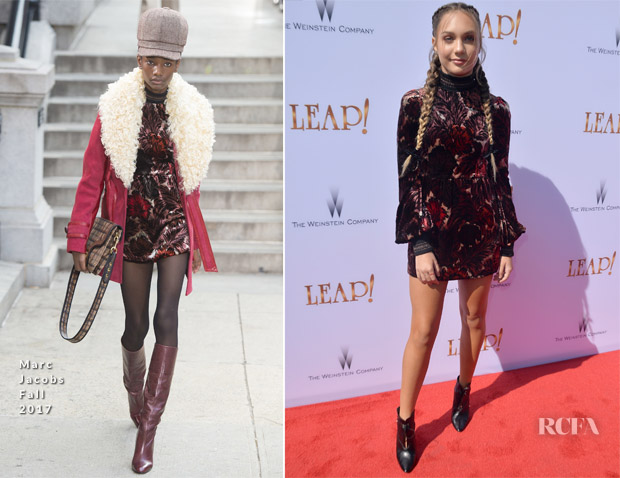 Following the Teen Choice Awards, Maddie Ziegler continued to Fall forward on the red carpet for the premiere of ‘Leap’ on Saturday (August 19) in LA.

Could you imagine wearing a Marc Jacobs high-neck, long-sleeve velvet dress on a summers day?

Me neither, but as I said before, I find her style quite refreshing in that it’s not predictable.

Fun, and youthful with a bit of an edge, the look was styled with Jimmy Choo booties, Beladora studs and a braided ‘do. 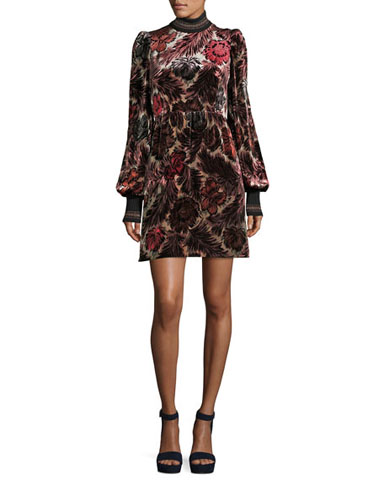