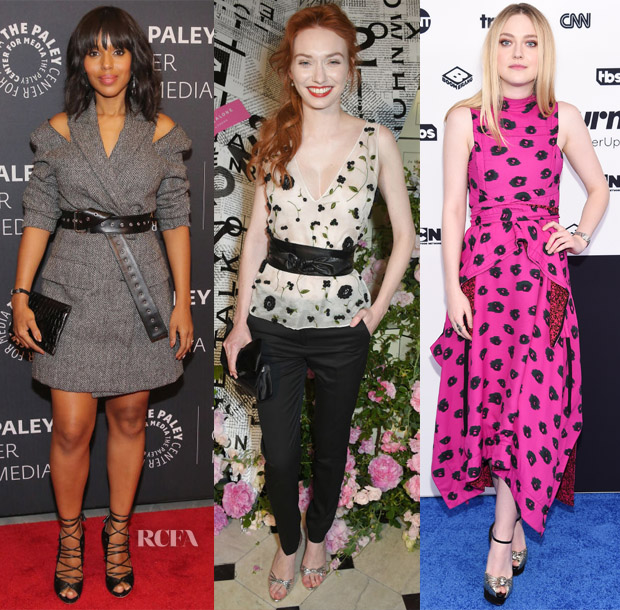 With Cannes in full swing, there were many more looks that took to the red carpet this past week outside of the film festival fashion scene.

Kerry Washington: I was so delighted with Kerry’s recent vibrant ensembles that this Monse Fall 2017 dress left me underwhelmed at the ‘Scandal’ Watch Party presented by The Paley Center for Media. Yet, it was still a chic showing from the actress. Malone Souliers ‘Savannah’ sandals completed her look.

Dakota Fanning: Sassy hot-pink won the prize in this youthfully fun Proenza Schouler ikat-inspired crepe wrap dress from the Pre-Fall 2017 collection, which Dakota strutted out at the 2017 Turner Upfront. 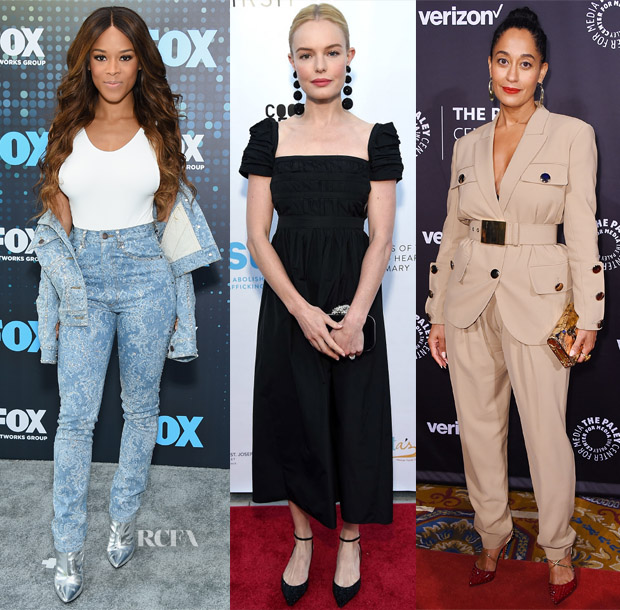 Serayah McNeill: I was definitely getting a strong throwback—some might say dated—vibe in this Marc Jacobs Spring 2017 paisley denim set with silver booties at the 2017 Fox Upfront.

Kate Bosworth: At the Slavery to Freedom Gala, the inherent charm of this Brock Collection Fall 2017 cap-sleeve gown was undeniable, with the whimsical pom earrings only increasing my affection. 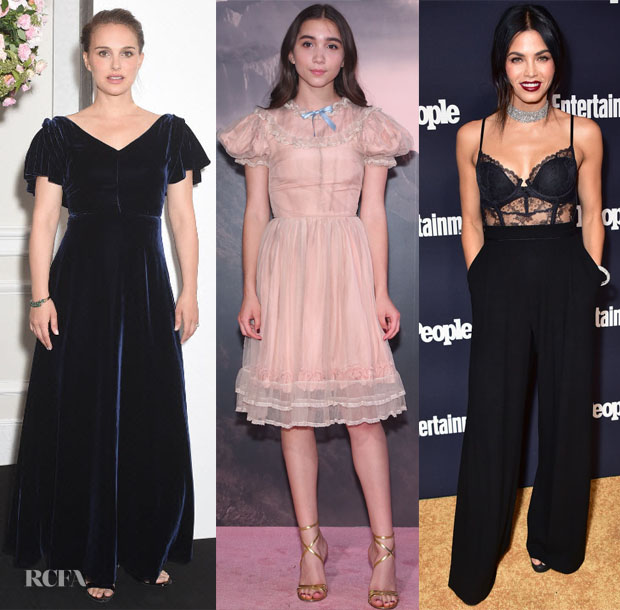 Natalie Portman: Naturally, Natalie wore a Christian Dior gown to the Miss Dior Dinner at the Chateau de La Colle Noire in France, although despite its beautiful midnight-blue hue, I was left with feeling like something was missing or unfinished. It was just asking for some jewels.

Rowan Blanchard: At the ‘A Magazine Curated By Alessandro Michele’ event, Rowan wore a sweet Gucci Spring/Summer 2017 pink ruffle frock that was borderline too precious, had it not been for her tender age.

Jenna Dewan Tatum: The ‘World of Dance’ star successfully merged the sexy allure of boudoir styling with menswear-inspired, wide-leg trousers in this Josie Natori Fall 2017 ensemble. However, I wish her makeup had been applied with a lighter touch, as this heavy-handed approach was far too aging for her. 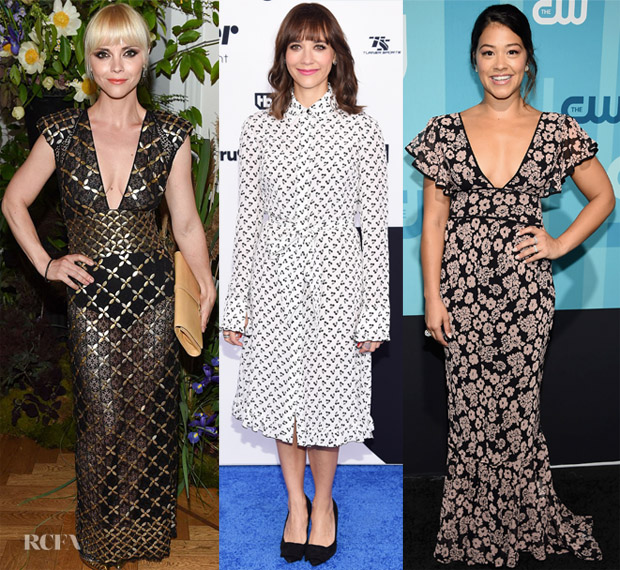 Christina Ricci: At the Museum of Arts and Design Gala, Christina impressed in a Sophie Theallet Fall 2017 gown. Yes, it was sheer. But, I have to say, I didn’t find myself rolling my eyes with this one. I love the graphic, embellished motif—especially for an art gala. The handbag needed to be tossed to the side, though.

Rashida Jones: On the runway, this Altuzarra Spring 2017 micro-print frock featured a sassier fit rather than this shapeless, all-buttoned-up approach. Plus, the dress just seemed too big in its proportions for Rashida—and not even her delightful, pink lip could detract from that fact. Pierre Hardy ‘Obi’ pumps finished the look at the 2017 Turner Upfront.

Gina Rodriguez: All this flirty Milly floral-print ‘Deni’ maxi dress needed was a bright, berry lip at the 2017 CW Upfront. 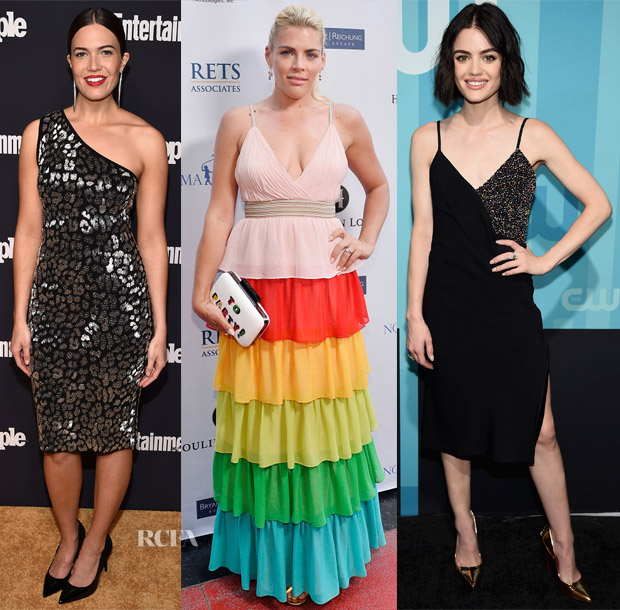 Mandy Moore: At the Entertainment Weekly & People New York Upfronts, Mandy dazzled in a Michael Kors Collection embellished dress. Would I have preferred a black sandal as opposed to the pump? Yes. But the rest of the styling—from her red lip, to the long earrings and sleek bun—was so on point.

Busy Philipps: This Alice + Olivia Spring 2017 dress had a somewhere-over-the-rainbow theme, but I wasn’t finding the pot of gold here. An Alice + Olivia ‘Shirley Fight For Your Right’ clutch and Irene Neuwirth jewels rounded out the look at the Uplift Family Services at Hollygrove Gala.

Lucy Hale: Despite the candy-coloured, micro-embellishment of this Cushnie et Ochs Pre-Fall 2017 dress and the shiny heels, this look from the The CW Network’s Upfront still needed something. Maybe it’s a bright lip that I’m missing.