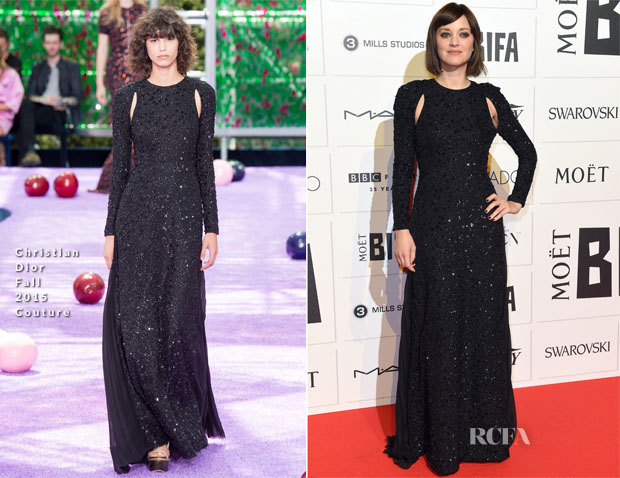 The French actress was of course decked out in Dior Couture, but what did surprise me was that I was neither bored or disappointed with this outing.

At times I feel that Marion just doesn’t try hard enough to select better options from Dior — see her Awards season looks for reference — but this sees the brand ambassador moving back towards her awe-inspiring best.