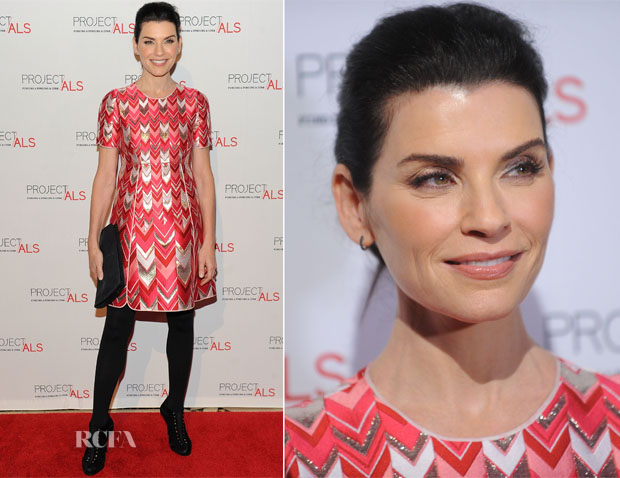 Having a beautifully mod moment, the actress wore a Giambattista Valli Resort 2016 dress that was awash in delightful rosy shades and a cool geometric pattern.

Normally, black tights would be a no-go, but they actually succeed in making the dress that much more vibrantly impactful.

The black clutch, on the other hand, was entirely too big and distracting.