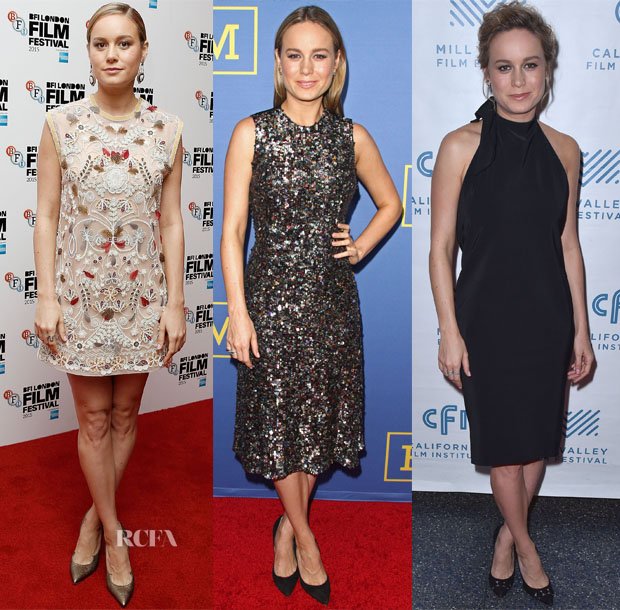 It has been a busy week for Brie Larson who has been promoting her new movie, ‘Room’ from London to San Rafael, California.

LA Premiere: On Tuesday (October 13) the actress shifted gears wearing a Rodarte Spring 2016 fully sequinned dress which did all the talking as she grounded the look with black pumps.

38th Mill Valley Film Festival: Ending the week on a bit of a bum note, there’s something about this Katharine Kidd Spring 2014 dress styled with Nicholas Kirkwood pumps look which I find terribly aging on Brie.

I love the first one, would only takes the dress from the second and do something to shake up the third.