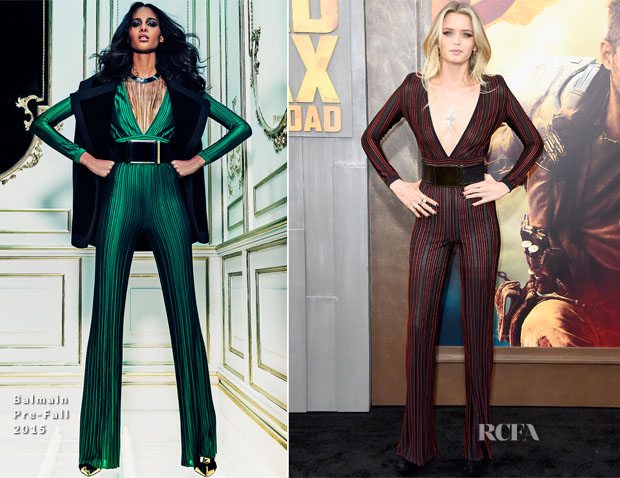 Abbey Lee made a return to the red carpet for the premiere of ‘Mad Max: Fury Road’ at TCL Chinese Theatre on Thursday (May 7) in Hollywood, California.

Considering her model credentials one would expect this to be an easy sell for Abbey Lee, but the looks falls flat for me. Perhaps I’m put off by the nose ring and the heavy footwear.

The other issue is that Jane Fonda owned this look when she wore the green and black version to the Grammy Awards earlier this year.

Posted by Catherine Kallon on May 8, 2015 In: Abbey Lee, Balmain, Premiere, Runway To Red Carpet