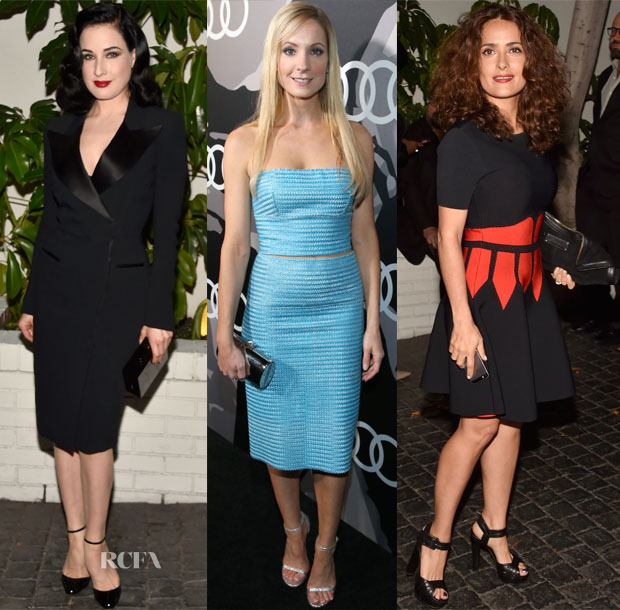 Audi and W Magazine hosted parties to celebrate the Golden Globes on Thursday (January 9), with celebs party-hopping between the two events held at Cecconi’s Restaurant and the Chateau Marmont respectively.

Salma Hayek: At the W Magazine party the Latin actress wore head-to-toe Alexander McQueen, with her fit-and-flare frock spliced with a red pattern that mimicked the brand’s signature corset belt. 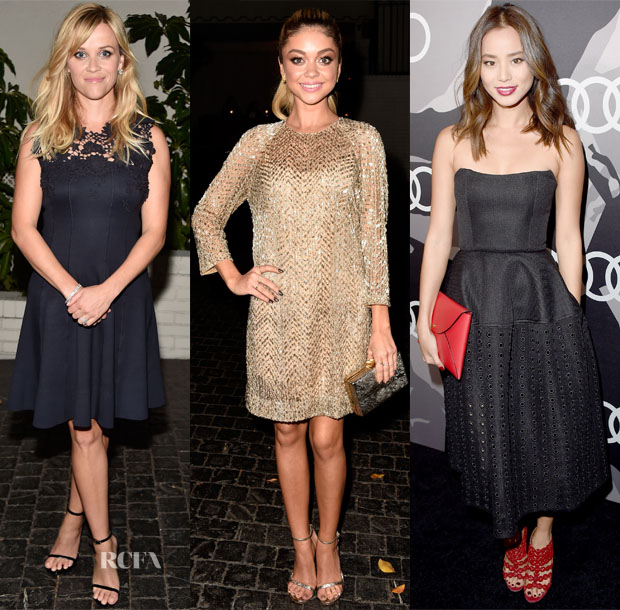 Reese Witherspoon: With Reese’s amazing recent run, I can’t help but be underwhelmed by this navy-blue offering for the W Magazine party.

Sarah Hyland: Opting for yet more sparkle in Kaufmanfranco, the ‘Modern Family’ actress was the golden girl of the night.

Jamie Chung: The actress wore a strapless black wool dress with a perforated skirt, which was given a lift with red accessories including a Kate Spade Saturday clutch, to the W Magazine party. 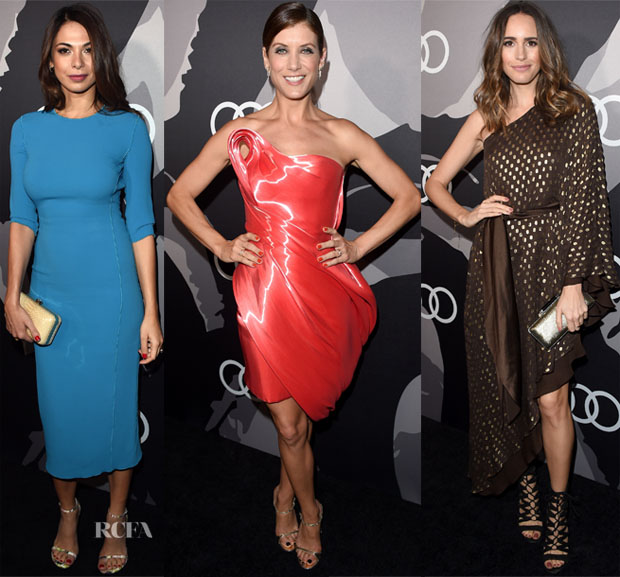 Kate Walsh: The actress was perhaps trying just a bit too hard with this red Rubin Singer strapless liquid nylon draped dress, as this feels like something Lady Gaga would wear. The look was styled with Chopard jewels and gold Gianvito Rossi sandals. 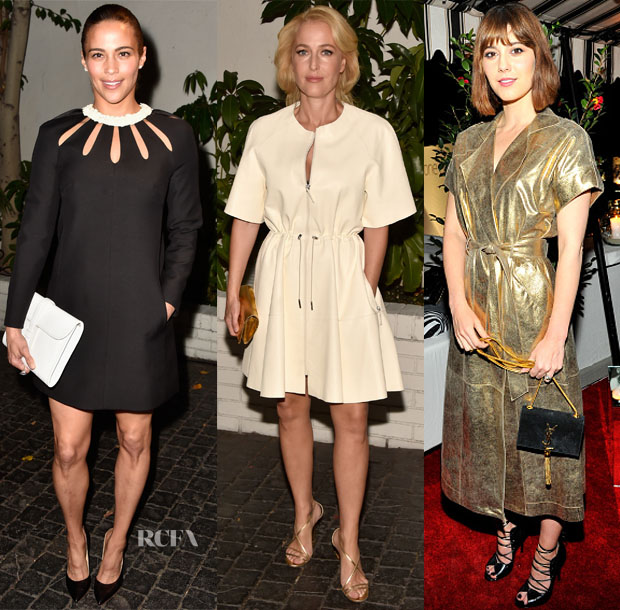 Paula Patton: The actress wore a Valentino mini LBD with a cut-out and embellished neckline. She kept the black and white theme going with her accessories which included Jerome C. Rousseau ‘Flicker’ pumps.

Mary Elizabeth Winstead: The actress made a return to the red carpet wearing a Tamara Mellon gold metallic trench dress. The look was styled with Jennifer Fisher jewels, a Saint Laurent clutch and a sexy pair of black strappy Malone Souliers sandals. 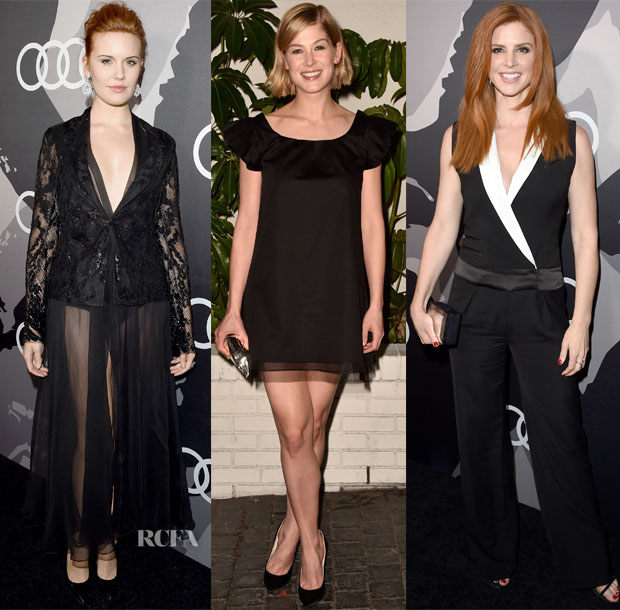 Maggie Grace: Sporting a new red hair colour, the ‘Taken 3’ star wore an alluring black ensemble with a sheer skirt. I know you are so over this trend, so I won’t ask if you like this look. 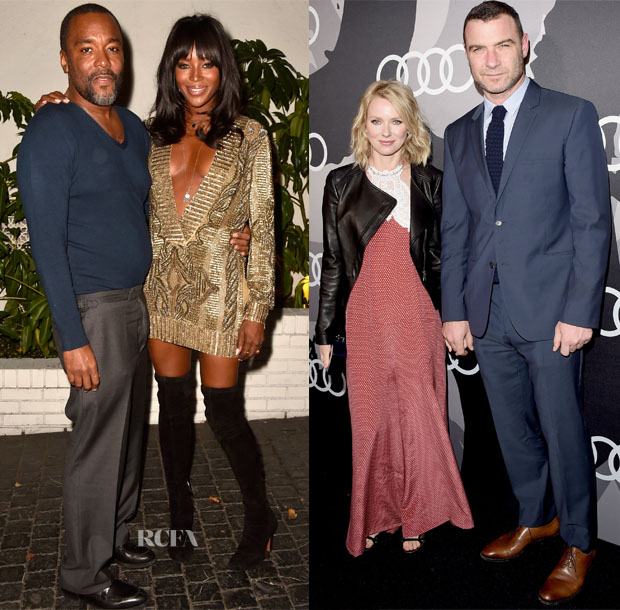 Naomi Campbell: The model cozied up to director Lee Daniels wearing a gold metallic Emilio Pucci Fall 2014 sweater dress with a plunging neckline. Only a supermodel could pull of this micro design.

Naomi Watts: On this occasion Naomi is outshone by hubby Liev Schreiber. Even though she added a chic Michael Kors leather jacket to this look, her Stella McCartney jumpsuits still looks like PJs.