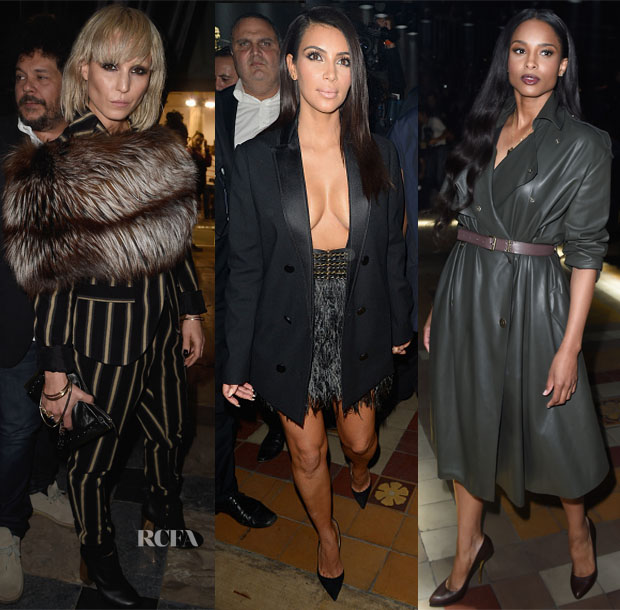 Noomi Rapace and Kim Kardashian, who earlier in the day had taken their front row seats at Balmain, also attended the Lanvin Spring 2015 show alongside Ciara on Thursday (September 25) in Paris, France during Fashion Week.

Noomi Rapace: Upon looking at this Lanvin Pre-Fall 2014 striped suit paired with a fur stole, I’ve just realized it’s not the clothes that I object to; rather, it’s the unfortunate hair and makeup Noomi is working during fashion week.

Kim Kardashian: The reality star didn’t need to do much to ensure all eyes were on her, but just in case she opted to attend the show with at least two-thirds of her breast hanging out. While she is wearing a top under the blazer, the look leaves little to the imagination.

Ciara: I was hoping that Ciara could save this front row but I’m a fan of neither the oversized leather Lanvin Fall 2014 coat nor the makeup. I hope she finds her way back to glory soon. I haven’t really liked anything she’s worn since she made her return to the red carpet. 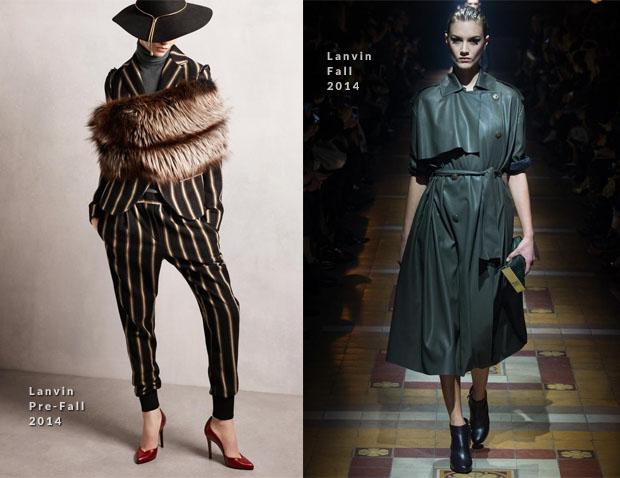 Ciara Rocks Head-To-Toe Moncler For The ...