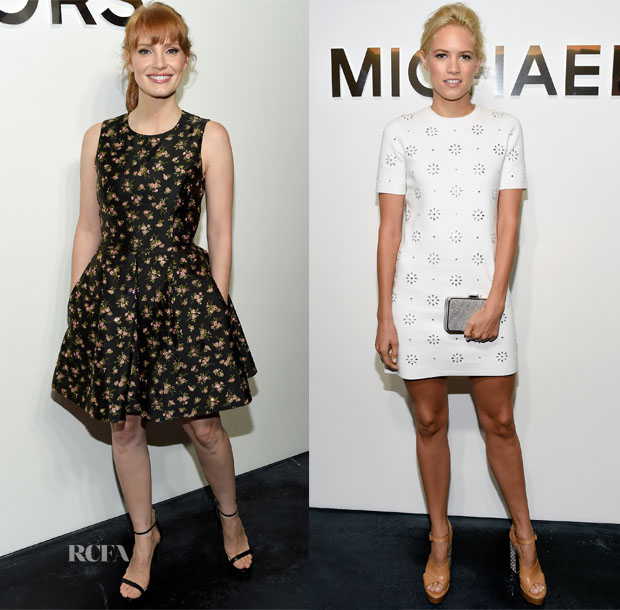 The front row of the Michael Kors Spring 2015 presentation on Tuesday (September 10) at Spring Studios, held during Mercedes-Benz Fashion Week in New York City, featured a bevy of the designer’s darlings who dressed in their Michael Kors best for the show.

Jessica Chastain: Donning a black and oleander printed frock and black ‘Doris’ sandals, both from the Michael Kors Resort 2015 collection, the actress worked this sweet and charming look to perfection.

Cody Horn: The model-actress complemented the sporty-chic appeal of the white embellished t-shirt dress with peanut ‘Janet’ platform sandals, both from the Michael Kors Resort 2015 collection. A messy updo along with a silver embellished ‘Elsie’ clutch from the MICHAEL Michael Kors Holiday 2014 collection completed the ensemble. I don’t love the colour of the shoes with this look, but from the ankles up, it works. 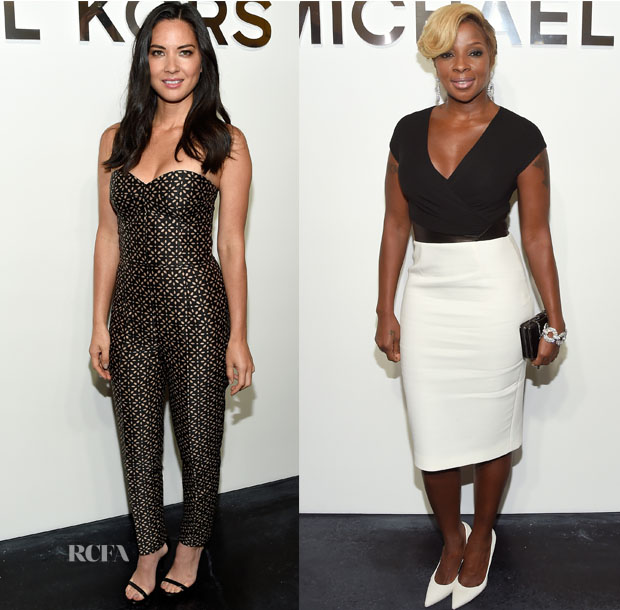 Olivia Munn: Also wearing a design from the Resort 2015 collection, the actress selected a strapless, black and suntan eyelet jacquard jumpsuit with black ‘Doris’ sandals. I always love a jumpsuit, especially an impeccably tailored one.

Mary J. Blige: Simple but classic, the entertainer’s black-and-white Resort 2015 sheath dress was paired with a black ‘Elsie’ clutch from the MICHAEL Michael Kors Holiday 2014 collection. A diamond bracelet and earrings ensured that this look wasn’t without its flashy factor. I could have done without the white pumps. 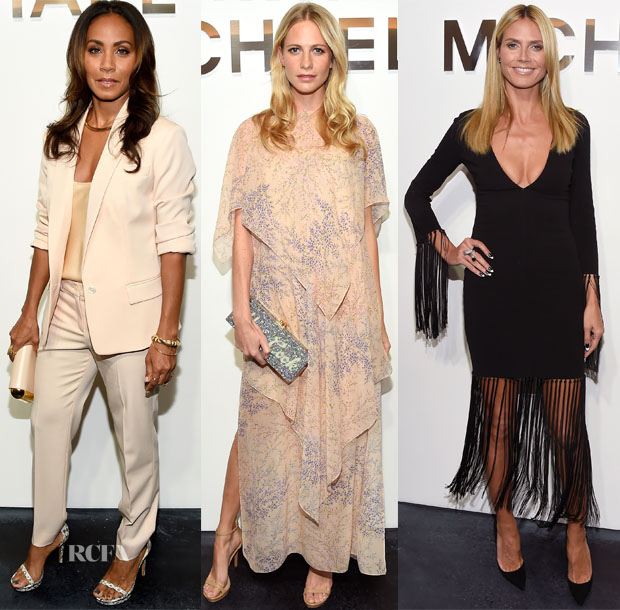 Jada Pinkett Smith: The blushing nude palette of the blazer, tank and ‘Samantha’ pant from the Resort 2015 collection couldn’t have been more sophisticated yet effortless. Jada styled the look with natural python ‘Doris’ sandals and a nude ‘Leyla’ clutch, also from Resort 2015, along with relaxed waves and a glossy nude lip.

Heidi Klum: Strutting out a far different look from the rest, the model-host wore a black plunge dress from the Michael Kors Fall 2014 collection, accented by black-and-white nail art and a cocktail ring. After her last fringe moment, you might like she would be fringed out. Apparently not.