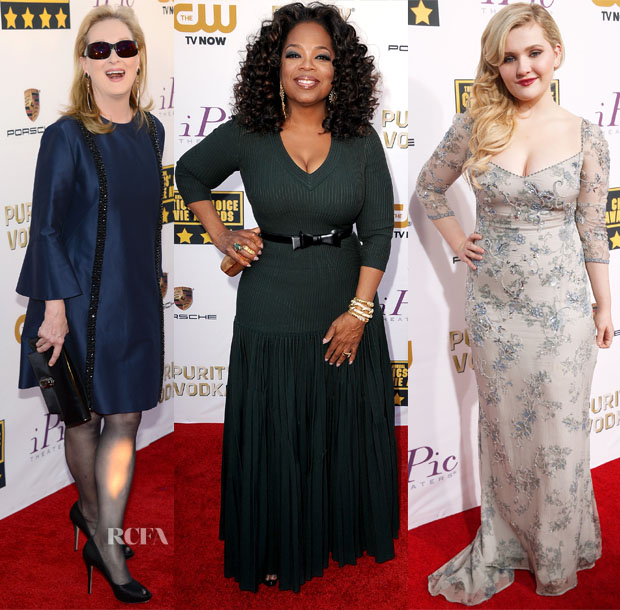 We’ve seen a roundup of the men, so here is a roundup of the ladies who attended the 19th Annual Critics’ Choice Movie Awards at Barker Hangar on Thursday (January 16) in Santa Monica, California alongside the likes of Cate Blanchett, Amy Adams and Lupita Nyong’o.

Meryl Streep: Like Julia Roberts – her red carpet pal – and Matthew McConaughey, Meryl opted for sunglasses on the red carpet, much to my chagrin. The actress wore a Stella McCartney embroidery-detailed navy dress with flared sleeves styled with black tights, Ferragamo pumps and a fold-over Louboutin clutch. I’m rarely impressed with her red carpet looks and this is no exception. I wish Helen Mirren’s stylist would take Meryl under his wing.

Oprah Winfrey: The TV host wore an emerald green Azzedine Alaia dress, belted at the waist to accentuate her hourglass shape, which she styled with Lorraine Schwartz jewels.

Abigail Breslin: Her pastel-grey Badgley Mischka gown makes her look much older and the colour is washing her out. The only thing I like here is the hair and makeup. 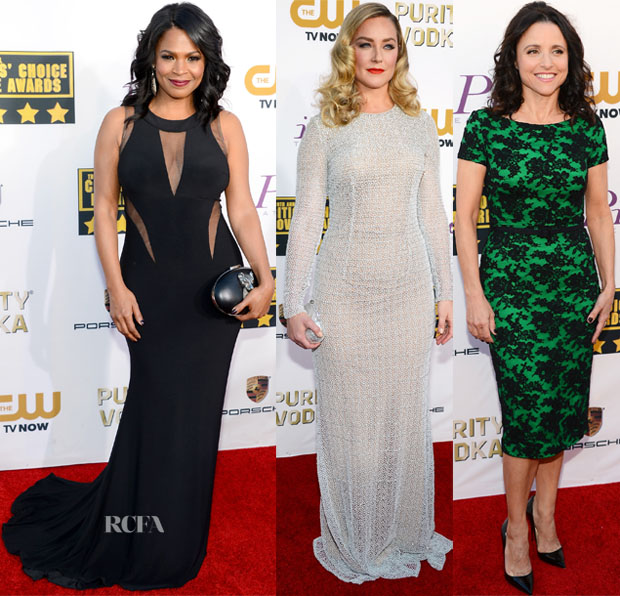 Nia Long: The actress wore a slinky black Jovani gown with sheer inserts which she styled with a black-and-silver hardware oval clutch and berry-hued lip colour.

Julia Louis-Dreyfus: The actress wore a Reem Acra black-and-green lace dress from the Pre-Fall 2014 collection styled with black pumps and Irene Neuwirth jewelry. While I would’ve wanted more from her, this laidback approach was in tune with the nature of the event.