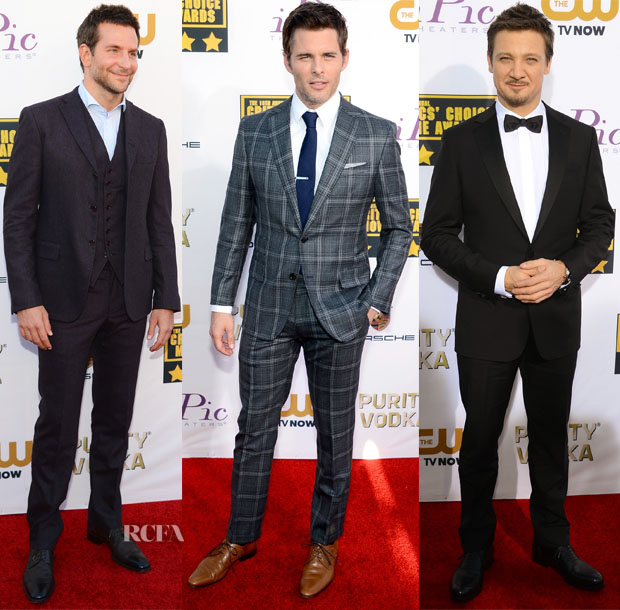 The men put their sartorial stamp on the 19th annual Critics’ Choice Movie Awards, hosted on Thursday night (January 16) at the Barker Hangar in Santa Monica, California. Here, a look at the handsome highlights.

Bradley Cooper: The Best Supporting Actor nominee, who also made it onstage to accept the trophy for Best Acting Ensemble in ‘American Hustle,’ combined the best of both worlds—comfort and class—in his Bottega Veneta ‘Quetsche’ flannel plum suit and baby-blue button-up shirt. He looked effortlessly fine in this tie-less entrance, and the subtle yet striking shade couldn’t have been more compelling.

James Marsden: I could barely believe my eyes when I saw ‘The Anchorman 2: The Legend Continues’ actor on the red carpet in an Ovadia & Sons grey plaid suit, paired with a dark navy tie and tan Givenchy lace-up shoes. It was bold move, but he still wore it well. Do you agree? 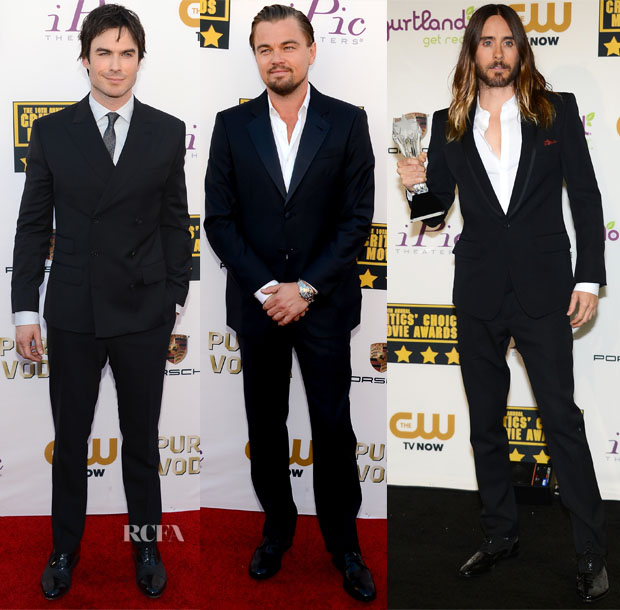 Ian Somerhalder: Always acting a stud, ‘The Vampire Diaries’ hottie wore a dark Dolce & Gabbana suit. Did you like his double-breasted sport-coat or was it, daresay, almost too buttoned up?

Leonardo DiCaprio: Accepting his win for Best Actor in ‘The Wolf of Wall Street,’ Leo also skipped the tie with his midnight-navy Giorgio Armani ensemble, although perhaps he could have used a touch of polish.

Jared Leto: On the other hand, the ‘Dallas Buyers Club’ Best Supporting Actor victor was the ultimate cool-kid in his Balmain Homme suit and half-unbuttoned white shirt, accented by an oxblood pocket square. After a few ponytail instances, he finally let his hair down, with those ombre locks leaving their standard rocker-grunge impression. 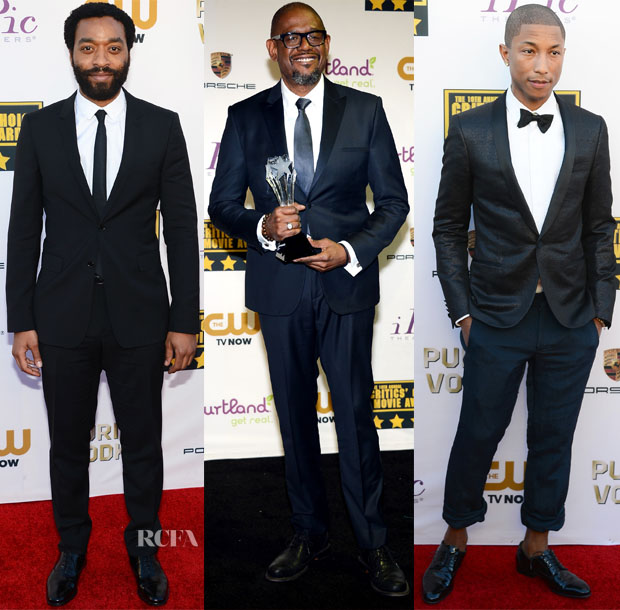 Forest Whitaker: The actor, who was honoured with the Joel Siegel award in addition to his nomination for Outstanding Performance by a Cast in a Motion Picture for Lee Daniels’ ‘The Butler’, selected a navy-blue Prada tuxedo with satin peak lapels. He paired his sleek tuxedo with a white shirt and a smoke-grey satin tie, which I love in preference over a navy tie. Black brushed-leather Prada sport shoes rounded out his award-winning look.

Pharrell Williams: The musician, whose song ‘Happy’ from ‘Despicable Me 2’ was nominated in the ‘Best Song in a Motion Picture’ category, wore a head-to-toe Lanvin look. Decked out in a slim-cut shawl-collar shiny black tuxedo jacket with petrol-blue pants turned up and a white cotton dress shirt, he accessorized with a black silk bow tie and black patent-leather derbies. Nothing blends well together here. A rare misstep for the usually dapper Pharrell.