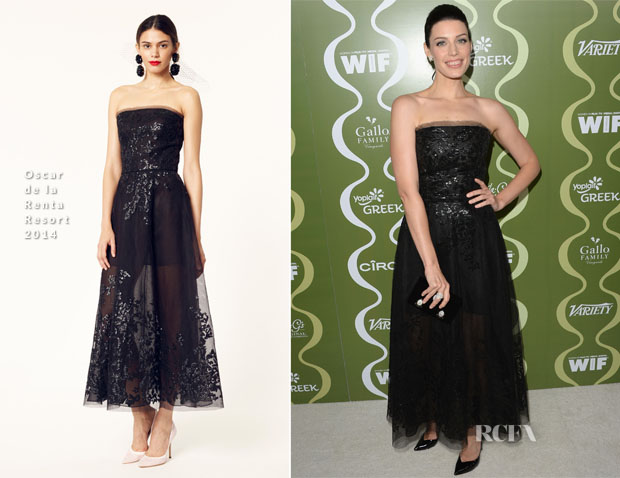 Jessica Pare attended three pre-Emmy parties this weekend. But, unlike Cat Deeley, she opted to wear the same dress.

I know many of you are falling for her effortless style, so how does this look fare?