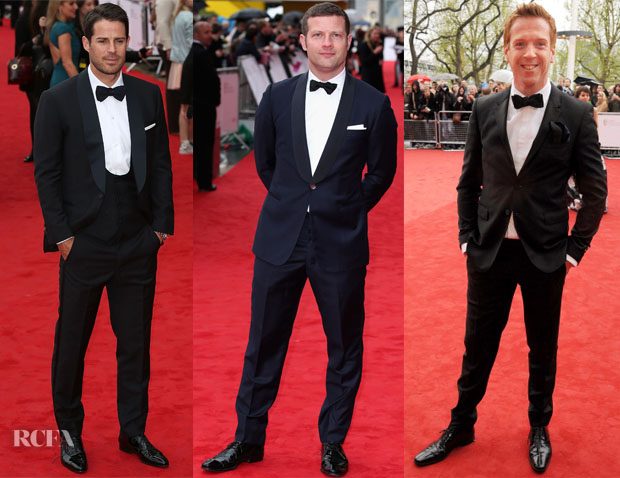 There were also many bespoke-suit-wearing blokes who took to the red carpet on Sunday evening for the British Academy Television Awards 2013, held at the Royal Festival Hall in London.

Jamie Redknapp: We of course have to start with the very handsome Jamie, who joined his beautiful wife Louise at this event. The former footballer, who still retains his boyish good looks, wore a Thom Sweeney bespoke midnight blue mohair three-piece suit featuring a shawl lapel, with a white dress shirt and a bow tie. You may remember that Luke Evans wore a suit by the same designer with a similar low-cut waistcoat to the ‘Fast & Furious 6’ world premiere last week.

Damien Lewis: The actor, who joined his wife Helen McCrory on the red carpet, wore a two-button suit with slim-fit pants from his go-to brand Burberry. Unlike some of the guys, who selected white pocket squares at this event, Damien opted for black. 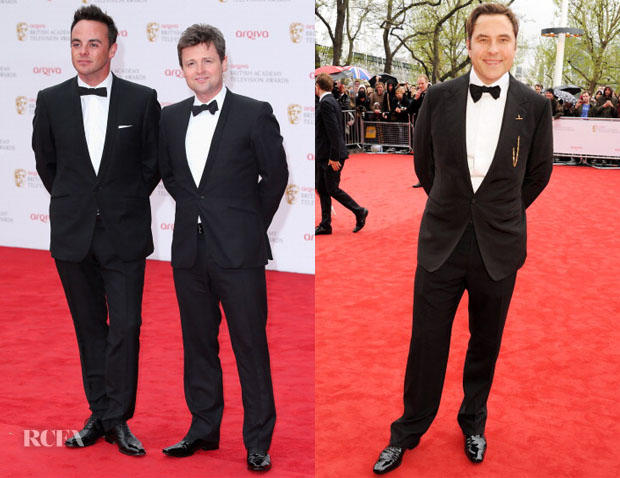 Anthony McPartlin & Declan Donnelly: The TV presenters, who appear to do everything together, both selected identical Spencer Hart suits. The only difference is that Ant added a white pocket square.

David Walliams: I expected something with a bit more flare from David Walliams. Instead, he selected a classic black Tom Ford suit, which he accessorized with a gold chain-accented pin.

11 Responses to British Academy Television Awards 2013 Menswear Round Up