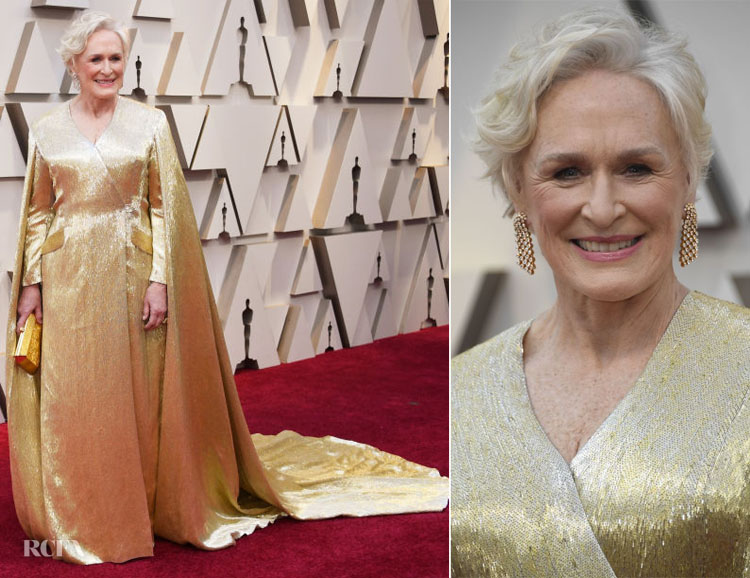 The real golden goddess arrived and took the form of Glenn Close at the 2019 Oscars on Sunday (February 24) in Hollywood, California.

The ageless star and nominee of ‘The Wife’ shut down the red carpet in a custom Carolina Herrera creation, which she said clocked in at 42 pounds — thanks to an impressive 4 million beads and that enthralling cape that swept behind her.

But, she still looked as if she was floating on cloud nine.

If I were to nitpick, I would say the pockets on the gown weren’t really necessary. Giuseppe Zanotti heels completed the look.

Is it a coincidence that she mirrors the Oscar itself? We shall see, when the awards are announced.