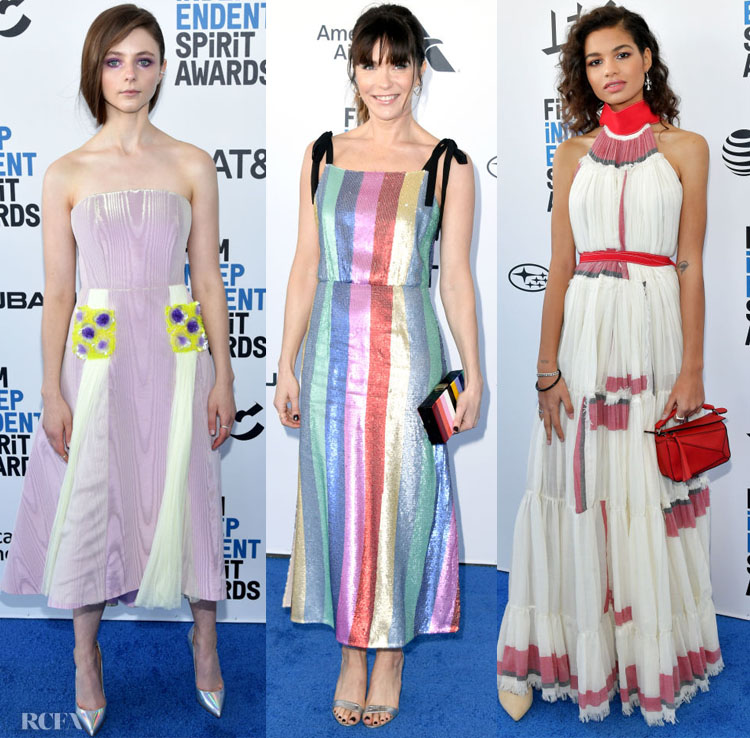 Here is a roundup of the actress’ who joined Gemma Chan, Kiki Layne, Tilda Swinton and Dakota Johnson on the red carpet for the 2019 Film Independent Spirit Awards on Saturday (February 23) in Santa Monica, California.

Thomasin McKenzie: The actress was a vision in Delpozo’s Spring 2019 dress featuring an iridescent shimmer which she matched with metallic Christian Louboutin ‘Hot Chick’ pumps.

Katie Aselton: Is there as thing as too many stripes? Katie doesn’t believe so, as she matched as striped clutch to her RIXO Tessa sequin dress.

Helena Howard: If you were to ask me what is the perfect dress for the Spirit Awards, I would point to Helena’s Loewe Spring 2019 chiffon, breezy dress which was perfectly styled with a Loewe ‘Puzzle’ bag. I just wish opted for sandals over her Nicholas Kirkwood pumps. 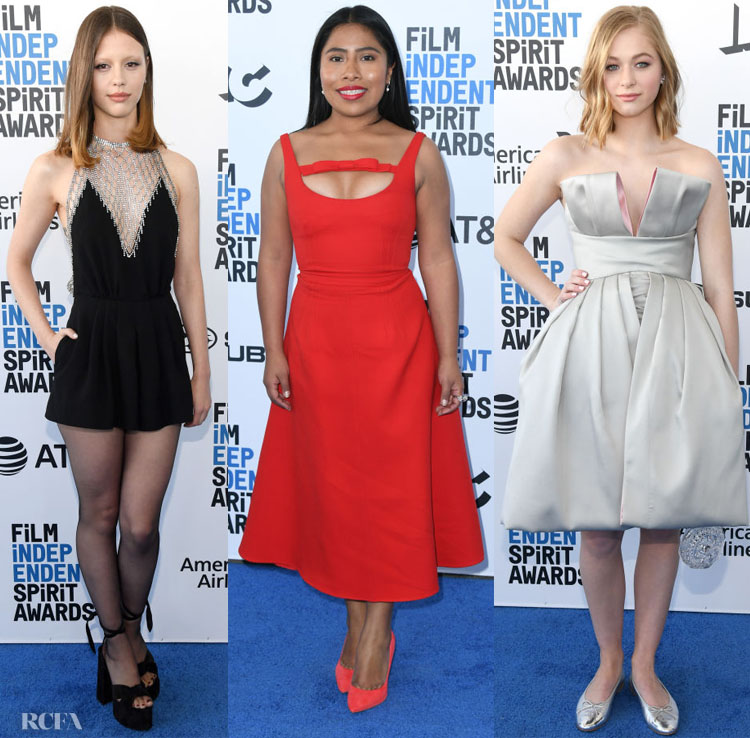 Mia Goth: Dressed in a Saint Laurent by Anthony Vaccarello romper with Wolford tights, I love the detailing on the yoke that gives the look some sex appeal, despite the playful nature of the style. Repossi jewels completed her look.

Yalitza Aparicio: The ‘Roma’ actress has been a pleasure to observe this awards season, mostly because of her love of colour. For her penultimate look she delights once again bold red Miu Miu with matching Sam Edelman pumps. 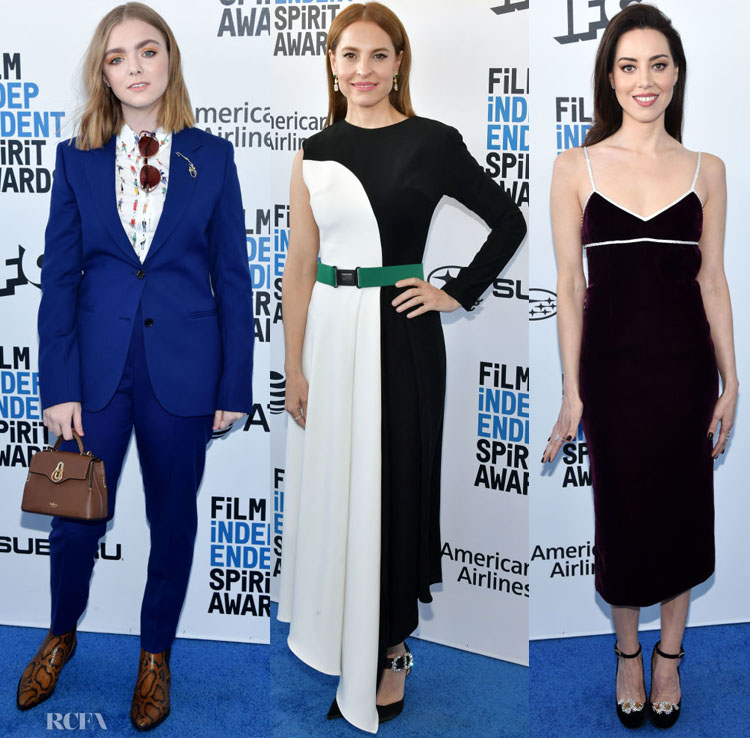 Elsie Fisher: Suited in bold blue Paul Smith, the accessories – Karen Walker shades, Mulberry ‘Micro Seaton’ bag and Freda Salvador boots – really sell this look to me. Some  might feel that there is a lot going on, but they all complement each other.

Marina de Tavira: While I haven’t been as enamored by Marina style as I have with Yalitza, this Alfredo Martínez dress styled with Jimmy Choo ‘ Smokey’ pumps was very sophisticated, even if I’m on the fence with the green belt.

Aubrey Plaza: What appears to be a LBD, is actually a bordeaux velvet dress from Miu Miu. Chloe Gosselin ‘Helix’ shoes complement the embellished on her frock. 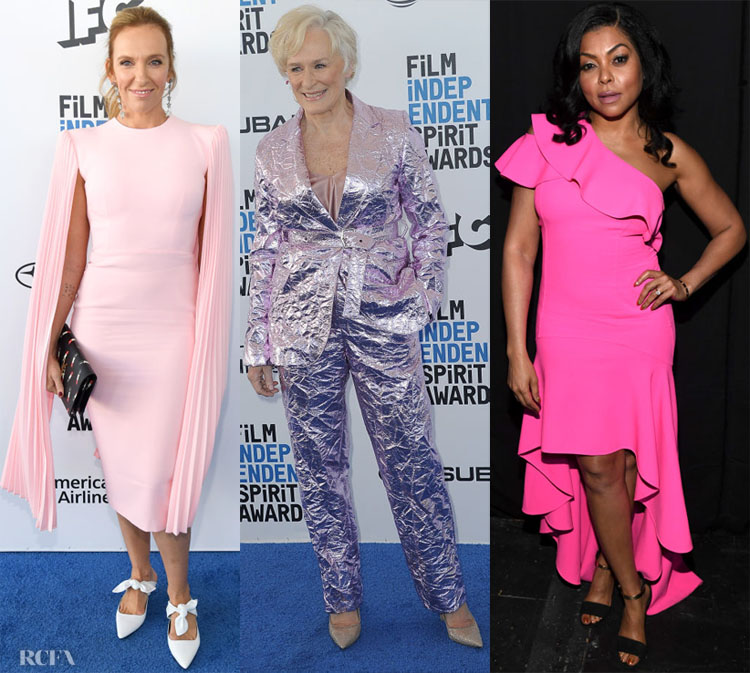 Toni Collette: I have no issue seeing this Alex Perry Resort 2019 dress again so soon after Lupita Nyong’o – albeit with two sleeves.   I do have an issue with Toni’s styling. The black printed clutch makes no sense, and I want to rip the bows off her shoes.

Glenn Close: The actress has opted for a lot of suiting options, so it seems only right to try to shake things up with different fabrics, such as this Sies Marjan laminated jacquard crinkle suit, but I’m just not a fan. Jimmy Choo ‘Love’ pumps completed her look.