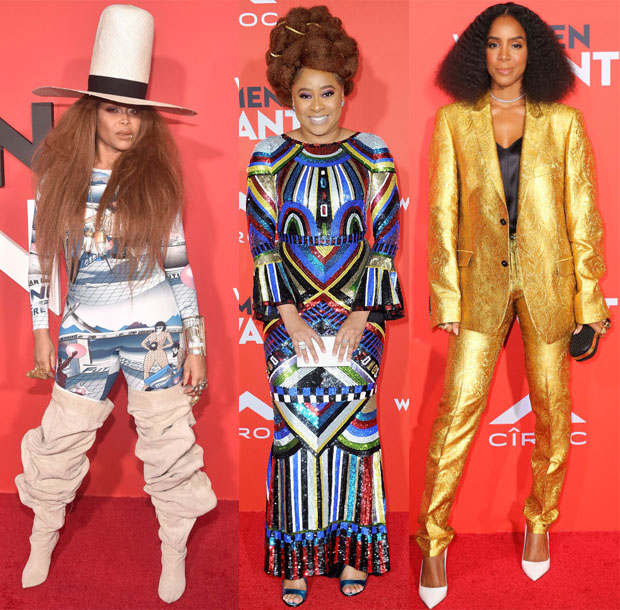 Taraji P. Henson stars in ‘What Men Want’ which premiered in LA on Monday (January 28) with a host of her friends supporting her on the red carpet.

Erykah Badu: On anyone else this Marine Serre printed catsuit, top hat and Y/Project boots – which we’ve seen on Rihanna – would seem crazy, but by Erykah’s standards, I would say this is quite tame. I’m almost disappointed.

Phoebe Robinson: I was instantly drawn to Phoebe Alice + Olivia ‘Jae’ embellished gown, but the pièce de résistance – aside from the wide open back – was her beautiful updo. 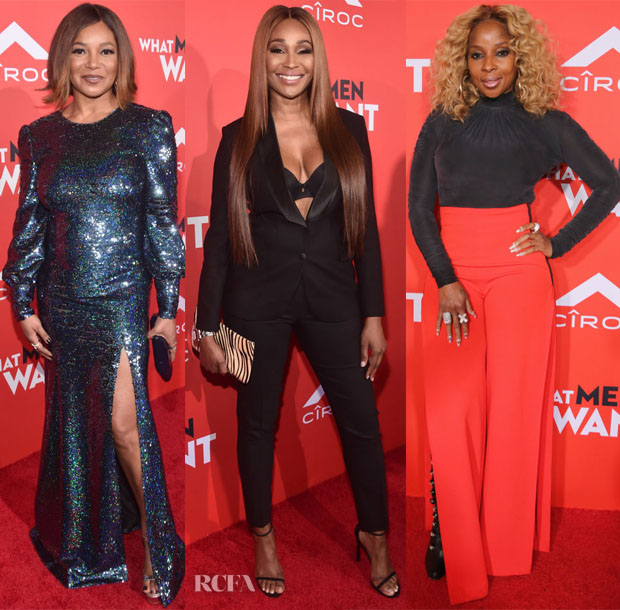 Cynthia Bailey: I’m more offended by the fit of the blazer than the revealing bra.

Mary J. Blige: While I love the Vatanika red split leg trousers, I wanted more from the rest of the look.