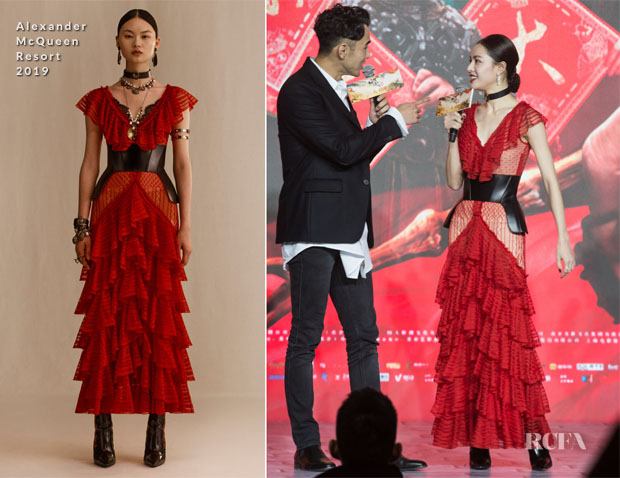 Ethan Juan and actress Elane Zhong Chuxi promoted their new film ‘The Knight of Shadows: Between Yin and Yang’ on Saturday (January 19) in Beijing, China.

From its burning red hue to the exceptionally crafted silhouette, the romantic appeal of this Alexander McQueen Resort 2019 ruffled dress is undeniable.

However, I wish that Elane had deflected from the look book styling.

The leather corset is a signature of McQueen, but I intrigued to see how this the piece could be styled – without a belt, with a thinner belt, a belt instead of the choker.

The possibilities are endless. 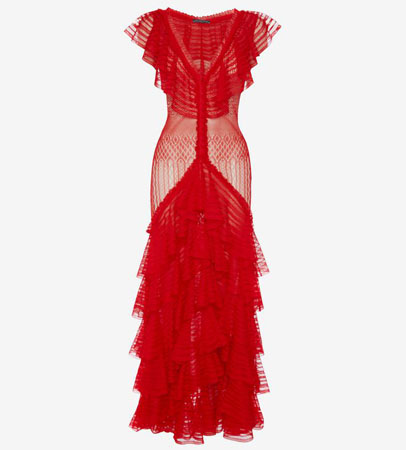