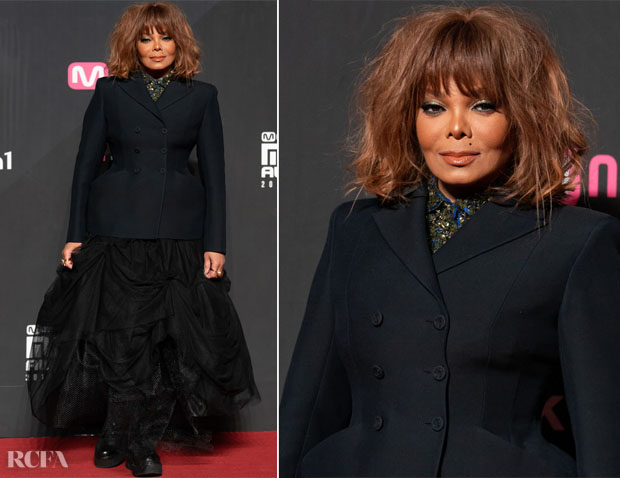 Janet Jackson was back on the red carpet for the 2018 Mnet Music Awards in Hong Kong during the AsiaWorld–Expo on Friday (December 14).

It was a case of icon meets icon, as the singer wore Dior’s ‘Bar’ jacket which is characterized by molded curves, a cinched waist and padded hips.

This jacket was first unveiled by Christian Dior back in 1947, and has since been re-created by Dior creative directors John Galliano, Raf Simons and Maria Grazia Chiuri.

Janet’s styling appears to be inspired by Dior recent Resort 2019 collection with the sheer skirts and Diorcamp boots.

My immediate reaction to this was that it feels a little too bulky.

I wish there were a lot less layers in the skirt.