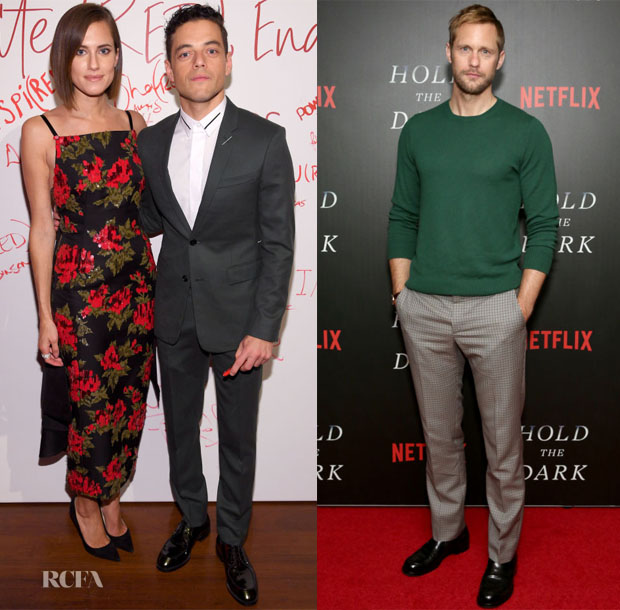 As more events take place across the globe, we have more menswear looks to discuss.

Rami Malek: The actor joined Allison Williams at The New (Montblanc M)RED Collection launch on Thursday (September 27) in New York City. Rather than playing into the red theme he showed tailored restraint in a buttoned-up Dior ensemble with collar detailing replacing a tie.

Alexander Skarsgard: The Swedish actor looked casually cool in Prada at the screening of Netflix’s ‘Hold the Dark’ on Wednesday (September 26) in New York City. The forest green is a smashing shade with his colouring. 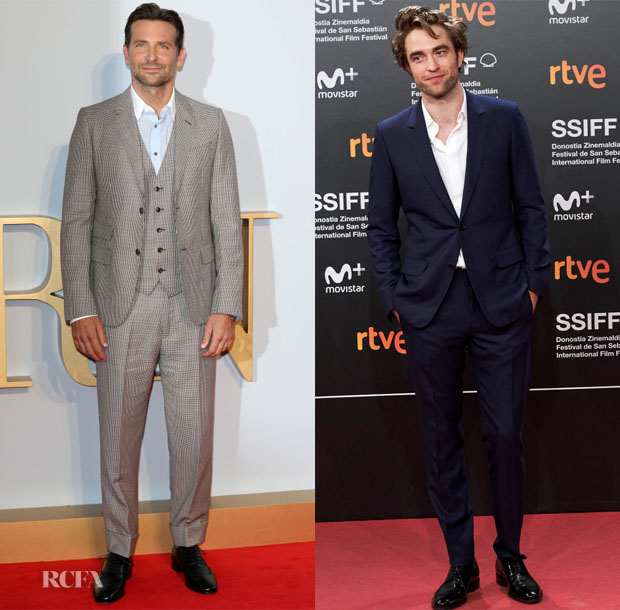 Bradley Cooper: After a flirtation with a Gucci baby blue three-piece suit, he continued the retro mood in a softly patterned style from the designer at the ‘A Star Is Born’ London premiere on Friday (September 28). He brought some soft blue via the shirt.

Robert Pattinson: As an ambassador for the brand, the actor was outfitted in Dior Men for the ‘High Life’ premiere during the San Sebastian International Film Festival on Thursday (September 27). He wore it in his signature relaxed style with open shirt and bedhead.