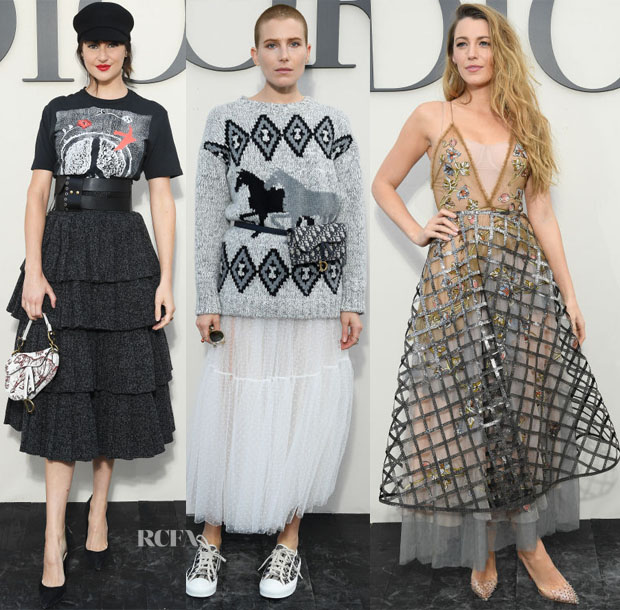 The Dior darlings were out in force at the Christian Dior Spring 2019 show during Paris Fashion Week on Monday (September 24) in France.

Shailene Woodley: As was fitting, the actress epitomized Parisian-chic style — with an edge — in this Christian Dior Cruise 2019 ensemble paired with a Dior wool beret, black leather ‘Saddle’ belt, black Dior ‘Amour’ pumps, and a Dior ‘Toile de Jouy’ ‘Saddle’ bag. Completed by a red lip, this ensemble was everything it should be and more.

Blake Lively: As we won’t comment on the fact that she’s wearing a dress instead of a suit, the actress donned a Christian Dior Fall 2018 multi-coloured embroidered tulle design that got a dose of extra intrigue with the addition of the sculptural Dior Pre-Fall 2018 metallic caged skirt. A Dior Cruise 2019 bag completed this take on modern femininity. 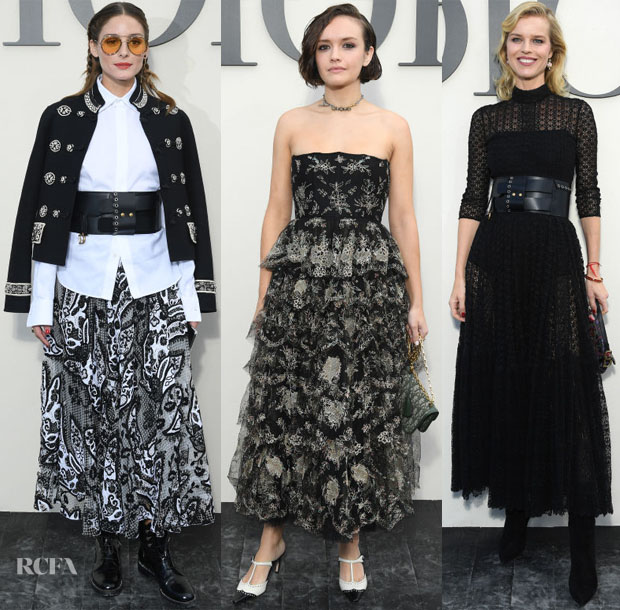 Olivia Palermo: Between the embellished jacket draped across her shoulders, to the Dior black leather ‘Saddle’ belt and black patent leather boots, this Dior Cruise 2019 ensemble had Olivia written all over it.

Olivia Cooke: These Dior Pre-Fall 2018 ‘Specta’ vintage-inspired shoes wouldn’t have been my first choice for her girly Dior Cruise 2019 tiered, embellished frock. But, the rest of her styling, including the green oblique Dior ‘Addict’ bag and Dior necklace, flowed with the look much more seamlessly.

Eva Herzigova: The Dior black leather ‘Saddle’ belt made its third appearance of the day here to add a structured, cool edge to this Dior Cruise 2019 semi-sheer dress with the black suede boots echoing that same mood. 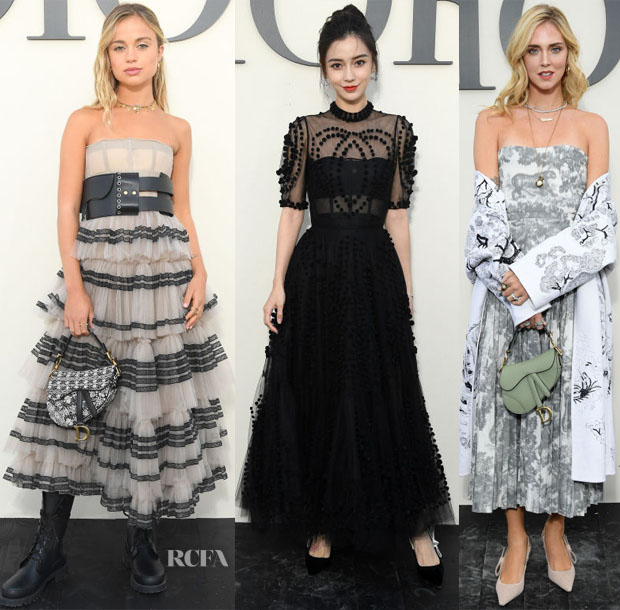 Angelababy: Celebrating the sheer femininity of this Dior Resort 2019 gown, Angelababy let the embroidered dress speak for itself without any other bells and whistles (or belts) needed. 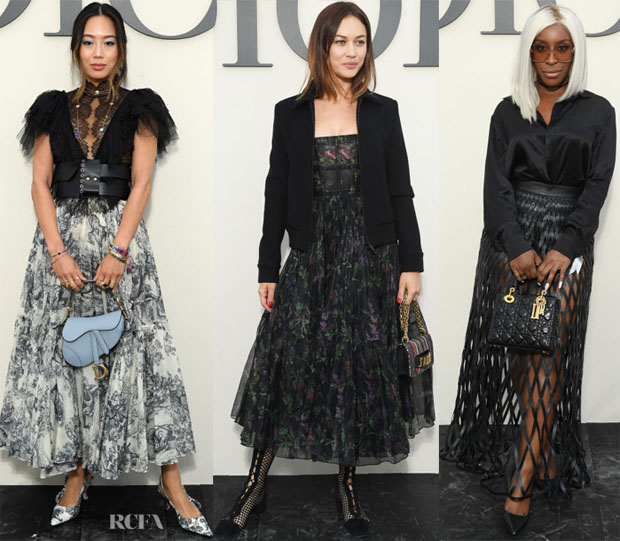 Aimee Song: There may have been one too many good things going on with this Dior Cruise 2019 ensemble. I didn’t know where to look first between the pouf shoulders and lace, the necklace and ‘J’adior’ bracelets, and that ubiquitous Dior black leather ‘Saddle’ belt, not to mention the blue leather ‘Saddle’ bag and the skirt-matching ‘Toile de Jouy’ ‘Sweet D’ slingback pumps.

Olga Kurylenko: Victoriana-met-menswear in this Dior look, with the tulle frock balanced by the blazer and lace-up boots.

Jackie Aina: This look was edgy enough on its own merits with that cage skirt. But, Jackie’s platinum “Storm” superhero hair took it to the next level. I do like how she let the skirt take top billing (aside from those locks) by keeping the rest of the outfit simple and streamlined.