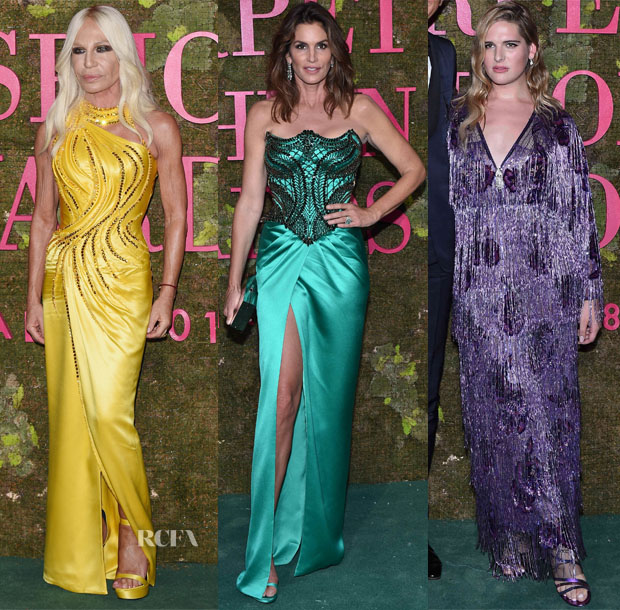 We’ve already seen a number of beauties who attended the Green Carpet Fashion Awards Italia 2018 on Sunday (September 23) in Milan, Italy. But, that was only the beginning.

Donatella Versace: With a very Donatella look, as we’d expect, the designer wore a lemon-bright Atelier Versace embellished gown that featured all of her label’s signature sexy appeal and figure-hugging curves. Naturally, the matching platforms were part of the equation.

Cindy Crawford: Also putting the sultry impact of an Atelier Versace gown to work, the supermodel struck a pose in this design that was rendered in a lovely shade of teal — even if the spidery netting of the corset translated as a bit dated.

Hari Nef: I don’t think this Gucci gown has enough fringe. Anyone else?! 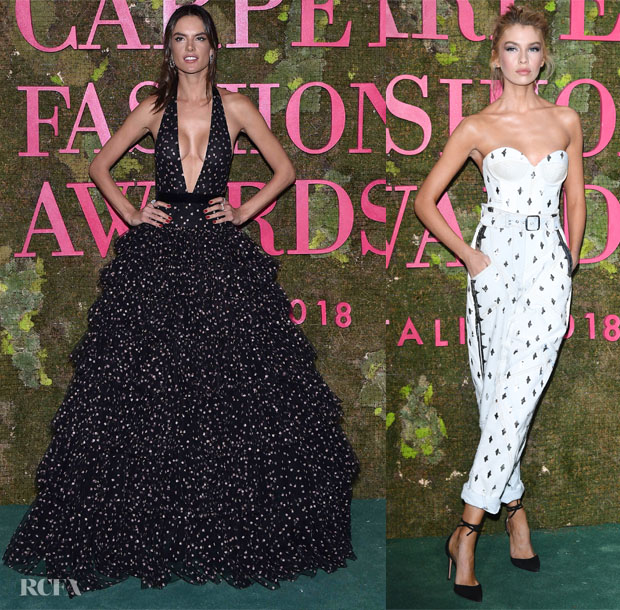 Alessandra Ambrosio: The supermodel’s Philosophy di Lorenzo Serafini showpiece was a custom creation that offered up a sexy-sweet personality between the plunge neckline and the flurry of black tulle. The fabric was made from regenerated polyester and embellished with allover sparkling purple embroideries that used recycled polyester thread.

Stella Maxwell: Also a custom-made Philosophy di Lorenzo Serafini ensemble, Stella’s denim bustier outfit didn’t have the same dramatic proportions as Alessandra’s. But, it struck such an effortlessly cool impact with its nonchalant take on elegance that it didn’t matter. The piece was made from vintage denim trousers embellished with silver paillettes from Philosophy dead stock materials. 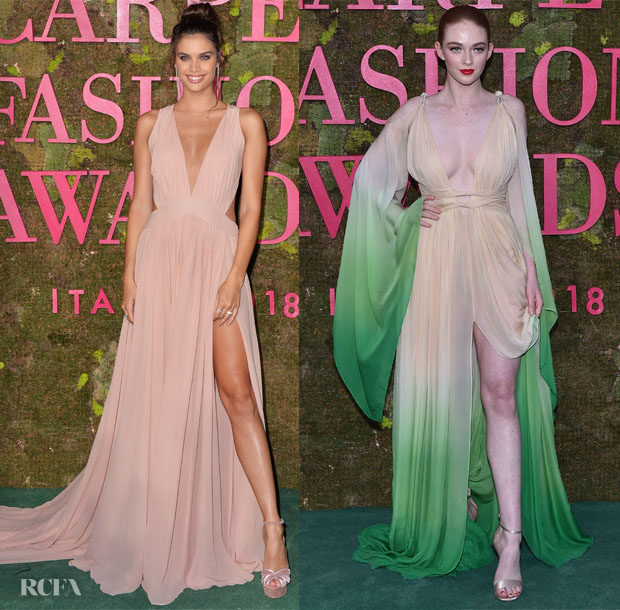 Sara Sampaio: There was a certain innocence to the blush-nude hue and flowing silhouette of this Alberta Ferretti GOTS-certified organic silk georgette bespoke gown. But, the slit and cutouts assured plenty of allure, too.

Larsen Thompson: As the nude colour of this Dundas ombre gown nearly matched Larsen’s skin tone, it created an intriguing effect that I would say only added to its unusual ethereal quality — especially in contrast to her shock of a red lip. The dress was quite a lot of fabric to manage, but she seemed to work it out just fine. 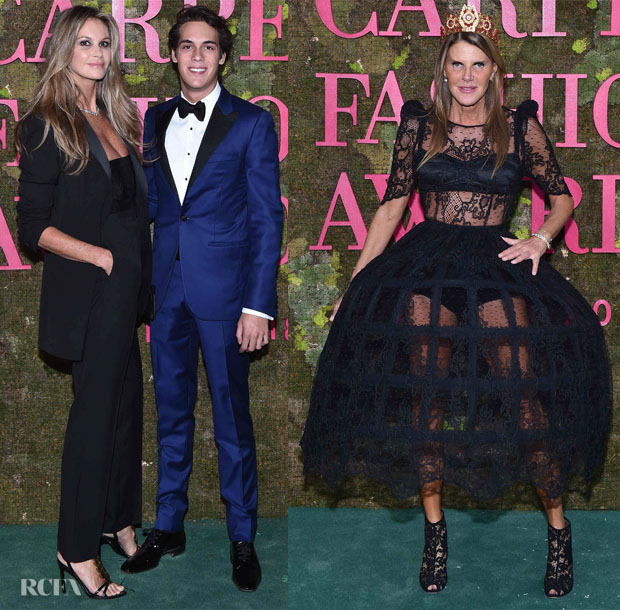 Elle MacPherson: With her handsome son, Flynn Busson, at her side, the supermodel skipped the gown route and wore a menswear-inspired custom Roberto Cavalli black organic wool tuxedo with a black silk satin crop top. Its understated mood was exactly what gave the look its sophisticated power.

Anna Dello Russo: As for ADR, “understated” would not ever be a word in her vocabulary. It’s been awhile since we’ve seen her on the red carpet. But, this Dolce & Gabbana Alta Moda lace cage dress — complete with the crown — proves that she has not lost her OTT aesthetic. 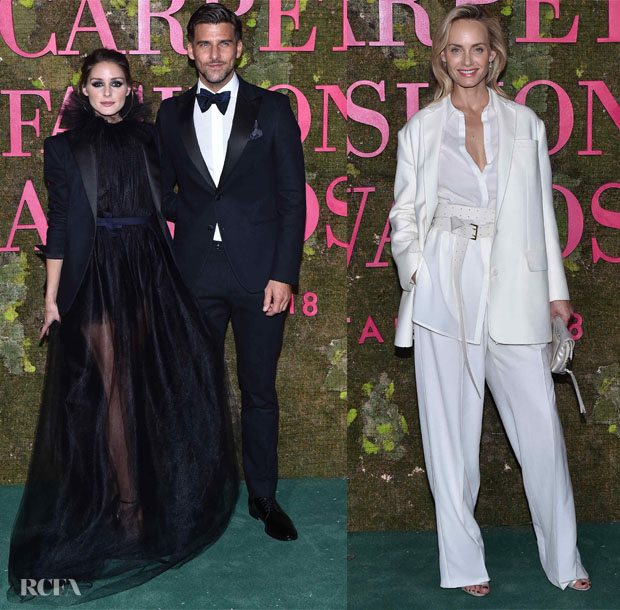 Olivia Palermo: With an inky-sheer mystique and that exaggerated neckpiece, the theatrical vibe of this custom Tod’s x Isko gown was strong. Yet, it worked on Olivia thanks to streamlined styling, with even the blazer making sense against the sweeping gown.

Johannes Huebl: The midnight-navy custom Tod’s x Isko tux was sharp in and of itself. Plus, it was clearly made to resonate with Olivia’s look.

Amber Valletta: From the front only, I was somewhat reminded of what Cate Blanchett wore at this event. But, the impact with Amber’s custom Agnona suiting came in its crisp white draping juxtaposed with the slightly oversized jacket.