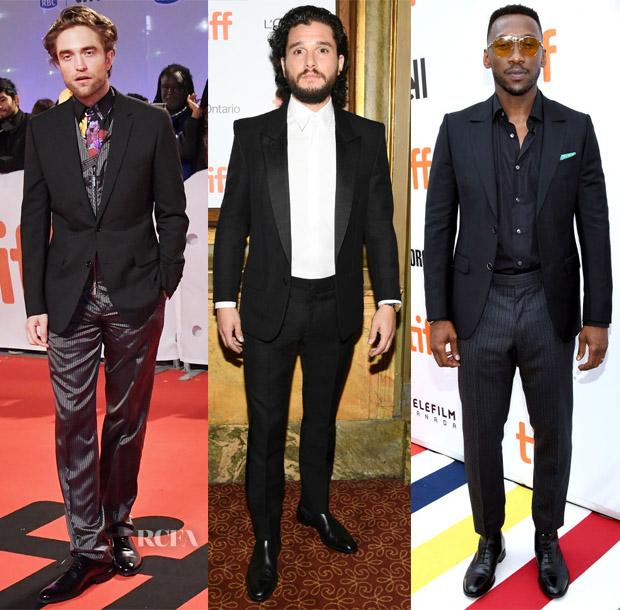 It’s time to check in on those men that have been out and about at the 2018 Toronto International Film Festival over the past few days.

Robert Pattinson: At the ‘High Life’ premiere, Robert wore a Dior Men by Kim Jones Spring 2019 three-piece suit that had quite the dandy demeanor, especially with the floral dress shirt.

Kit Harington: Looking quite formal, Kit was polished in a Givenchy tuxedo at the ‘The Death and Life of John F. Donovan’ premiere.

Mahershala Ali: Sometimes we roll our eyes at sunglasses on the red carpet, but on this occasion, his Jimmy Choo shades really added some fun, quirky edge to this Ermenegildo Zegna Couture cropped suit at the ‘Green Book’ premiere. That teal pocket square did, too. 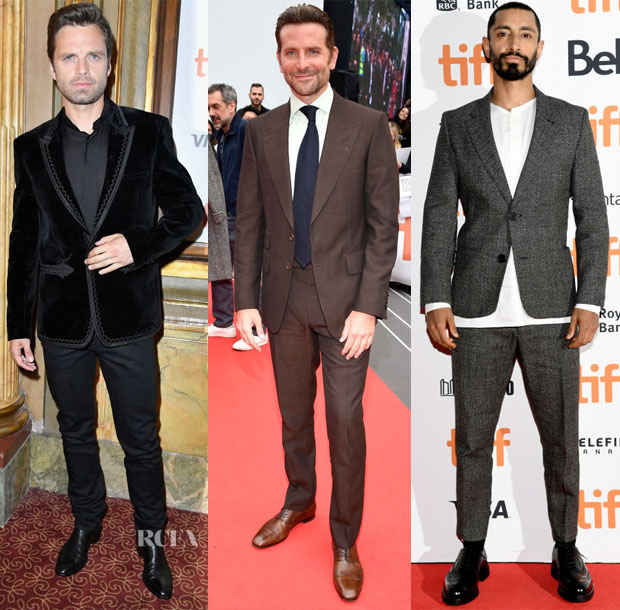 Sebastian Stan: At the ‘Destoyer’ premiere, Sebastian relied on velvet to add some texture to this all-black Saint Laurent ensemble.

Bradley Cooper: At the premiere of ‘A Star is Born,’ Bradley was ever-so-suave in this Tom Ford chocolate-brown suit and navy tie styled with Christian Louboutin loafers.

Riz Ahmed: Playing with proportions at ‘The Sisters Brothers’ premiere, Riz wore an AMI Fall 2018 look that was long in the shirt and short in the pants. 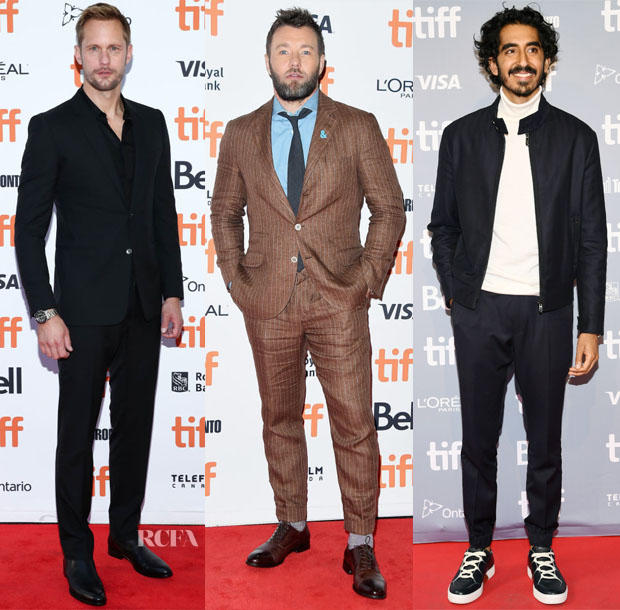 Alexander Skarsgard: The fitted nature of this Dior Men dark suit created a handsomely statuesque silhouette for the actor at the ‘Hold The Dark’ premiere.

Joel Edgerton: Sometimes brown can be a tough colour to pull off on the red carpet, and this Brunello Cucinelli suit is evidence of that at the ‘Boy Erased’ premiere. Between the creases and cropped pants and the slightly askance tie, it just seemed a bit awkward and ill-conceived. 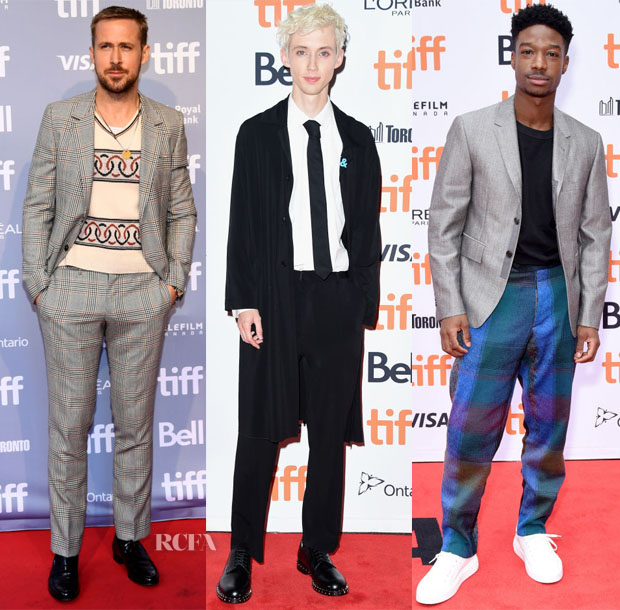 Ryan Gosling: Not everyone could pull off this Gucci ensemble with the plaid suit and patterned knit jumper. But, Ryan manages it like the ultimate cool kid at the ‘First Man’ press conference.

Troye Sivan: Troye’s shocking flourish of platinum hair always adds as signature ethereal edge to any look, and the same will be said for this long-and-lean Valentino suit at the ‘Boy Erased’ premiere.

Lamar Johnson: Not afraid to have some fun with fashion, Lamar wore a Missoni look for the premiere of ‘If Beale Street Could Talk.’ I appreciate his enthusiasm, but will have to draw the line at these plaid pants, as they translated a bit juvenile in style with the white sneakers