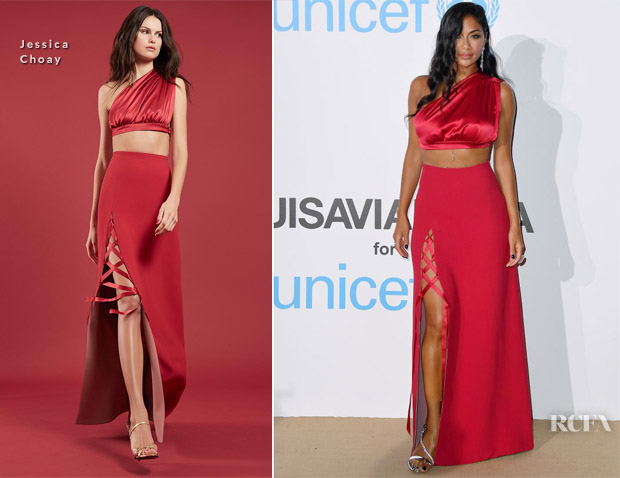 Sofia Carson was joined by fellow lady-in-red Nicole Scherzinger on the red carpet for the Unicef Summer Gala on Friday (August 10) in Porto Cervo, Italy.

I can’t say I’m a huge fan of Nicole’s style, but she can make some great choices from time to time.

This wasn’t one of those occasions.

Sadly this Jessica Choay feels a lot messy. And that’s on account of the top half.

The twins are looking for an early escape exit, and that might actually be down to her choice of bra – or lack-there-of – which is ruining this look.

Nicole Scherzinger Is WFH In Acler

Posted by Catherine Kallon on August 11, 2018 In: Nicole Scherzinger, Runway To Red Carpet