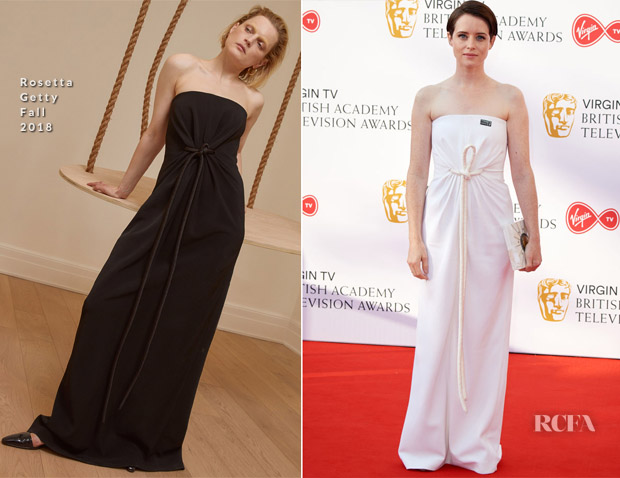 Claire Foy stepped out at the Virgin TV BAFTA Television Awards at the Royal Festival Hall on Sunday (May 13) in London, England.

Given that the actress wore a Time’s Up pin, the black Rosetta Getty Fall 2018 gown would have seemed like the likelier choice, but she lightened things up in an ethereal white style.

The column has such a refined elegance. Some might have been tempted to pile on the jewels to counteract the lack of shimmering embellishment, but her minimalist styling showcased the knotted waist.

Her radiating clutch added the right amount of sparkle and tied in the pin for a chic finish.

Who Was Your Best Dressed On Day 6 Of Cannes Film Festival?