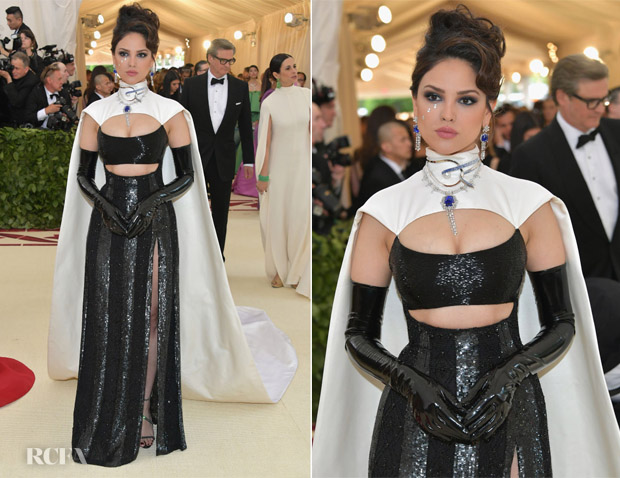 There were two moods about her Prabal Gurung confection with the white cape having such purity and contrasting the inky sensuality of the form-fitting dress.

With its glittering stripes, it would have had plenty of impact, but she went all out for the event and was dripping in jewels.

Not to be missed among all of the high shine details were the trailing shimmering tears.

Posted by Heather Cichowski on May 8, 2018 In: Eiza González, Met Gala, Prabal Gurung