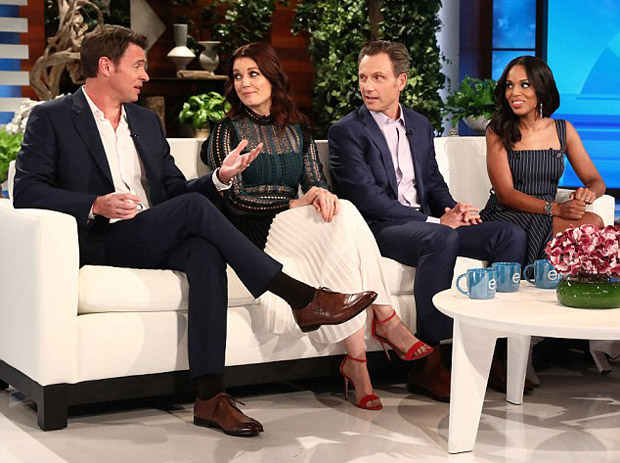 Scott Foley, Bellamy Young, Tony Goldwyn and Kerry Washington made a guest appearance on ‘The Ellen DeGeneres Show’ on Wednesday (February 28), where they weren’t giving any clues as to how the show will come to an end.

Bellamy Young: After her fairy-tale moment at the LA premiere for ‘ A Wrinkle in Time’, the actress wore a Self-Portrait dress where the high neck and ruffled shoulders give it a chic Victoriana feel and the swishy pleated skirt adds some modernity. I’m on the fence when it comes to the red shoes here. The colour feels a bit random. 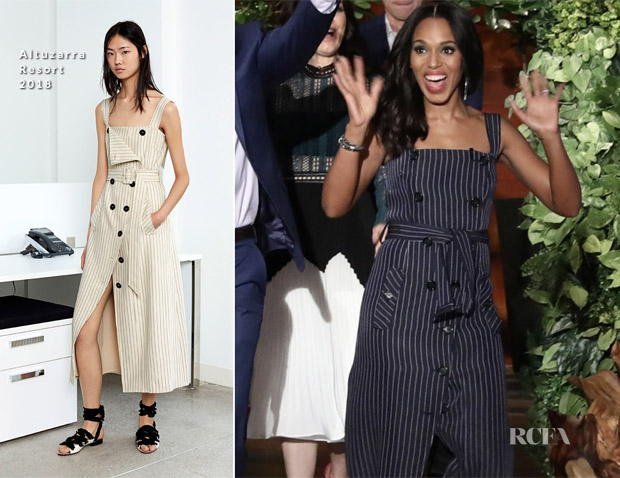 Kerry Washington: I love the vintage vibes Kerry’s Altuzarra Resort 2018 dress is giving off with its navy hue, stripes, belted waist and button details. The white Gianvito Rossi ‘Laura’ boots slouchy boots were both on-trend and a refreshing twist to this chic day time look. 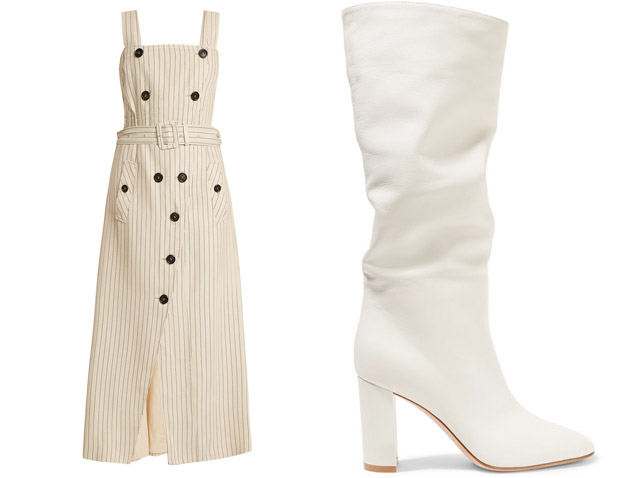