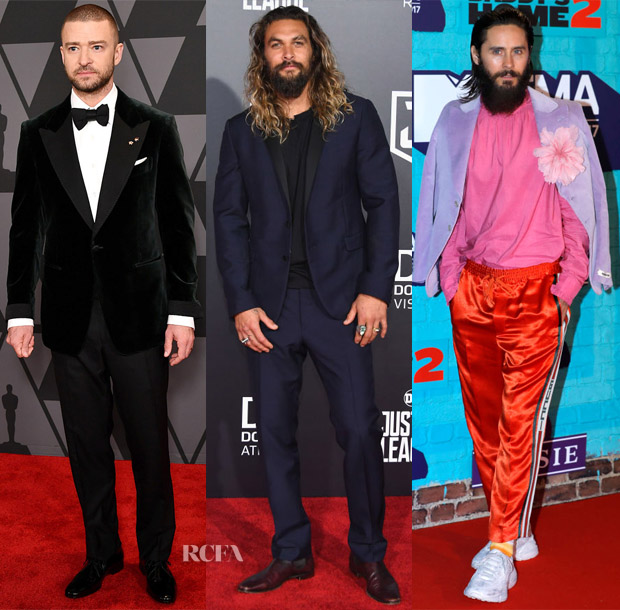 From awards galas to premieres and more, there were plenty of occasions for the men to be out in force on the red carpet. Here’s a look at the men who have been front and centre.

Justin Timberlake: Proving that the velvet trend isn’t just for the ladies, Justin cut a thoroughly suave profile in this dark-green velvet Tom Ford tuxedo at the 9th Annual Governors Awards on Saturday (November 11) in Hollywood. I love this luxe twist on the classic tux.

Jason Momoa: Although his styling may have been more in the manner of edgy-bohemian, Jason’s custom Valentino tuxedo was quite smooth and polished at the ‘Justice League’ LA premiere on Monday (November 13).

Jared Leto: It’s Jared Leto and it’s an MTV event, so it’s only natural that he would go sartorially wild at the 2017 MTV EMAs on Sunday (November 12) in London with his latest Gucci endeavor—a Fall 2017 look that was even more subversively rebellious than the runway presentation. The colour discord between the lavender, bubblegum, and red track pants made me want to shield my eyes—and we haven’t even gotten to the tidy-whitey sneakers. 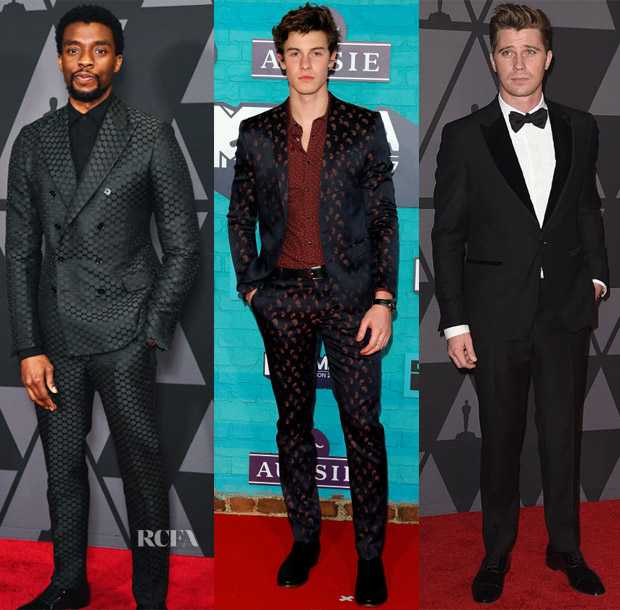 Chadwick Boseman: Chadwick gave Justin Timberlake a run for his money at the Governors Awards in this Bottega Veneta double-breasted suit that was almost impossibly handsome. I immediately fell in love with the embossed patterning—and how sharp this looked. Christian Louboutin ‘Cousin Greg’ shoes completed the ensemble.

Shawn Mendes: With a better rendition of taking a fashion risk than Jared, I could get on board with Shawn’s The Kooples bespoke suit at the MTV EMAs. It was unexpected with its rich palette and pattern play, but still well put-together. 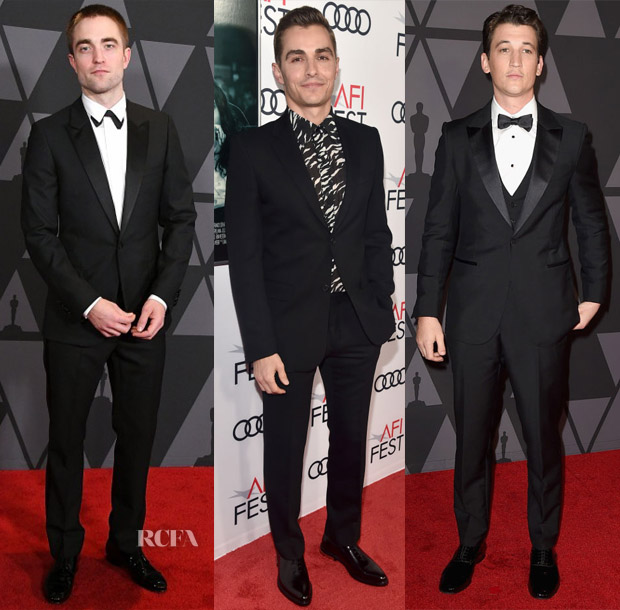 Robert Pattinson: I like how Robert’s Dior Homme tuxedo at the Governors Award offered a slightly unconventional variation in the top bow tie effect.

Dave Franco: The cool, abstractly patterned shirt is what really takes this Givenchy suit up several notches at the AFI Fest screening of ‘The Disaster Artist’ on Sunday (November 12). 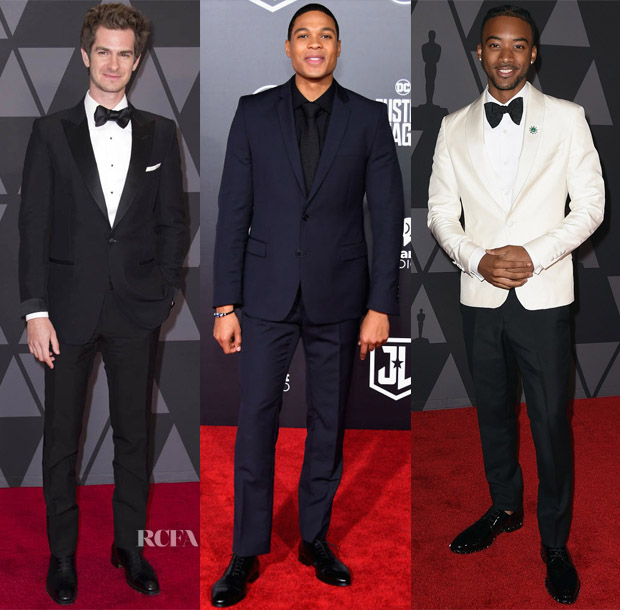 Andrew Garfield: Andrew can generally be relied upon for classic flair, and that was proven yet again in his perfectly tailored Tom Ford tux at the Governors Awards.

Algee Smith: Opting for a white dinner jacket to stand out from the black-tux-brigade, Algee dressed up in a Prada ensemble at the Governors Awards. 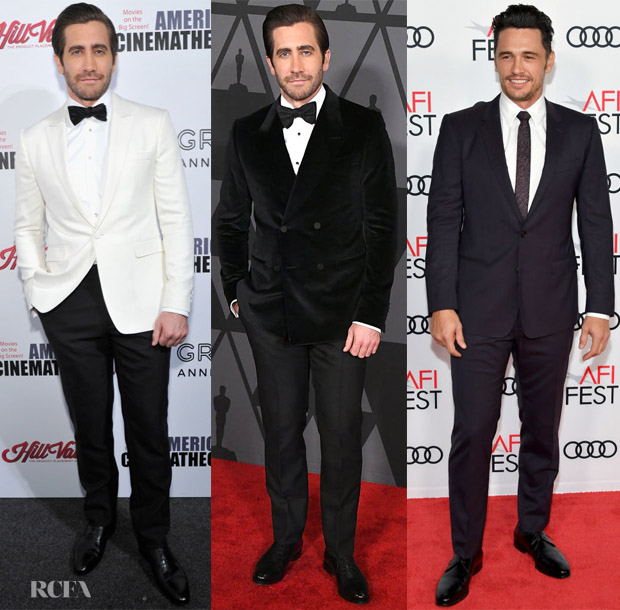 Jake Gyllenhaal: It was a white jacket moment for Jake, too, with his Burberry ensemble that was quite charming at the American Cinematheque Awards Gala on Friday (November 10) in Beverly Hills, California.

Jake Gyllenhaal: Another day, another tux for Jake, who equally impressed at the Governors Awards with this Gucci DIY MTO black velvet double breasted Heritage tuxedo. I again loved seeing this debonair interpretation of velvet in menswear.

James Franco: Also at the AFI Fest screening of ‘The Disaster Artist’ alongside Dave, James kept it all business in his Dolce & Gabbana suit that will no doubt fall in a bit of the lacklustre category for some given the nondescript tie and Salvatore Ferragamo shoes.