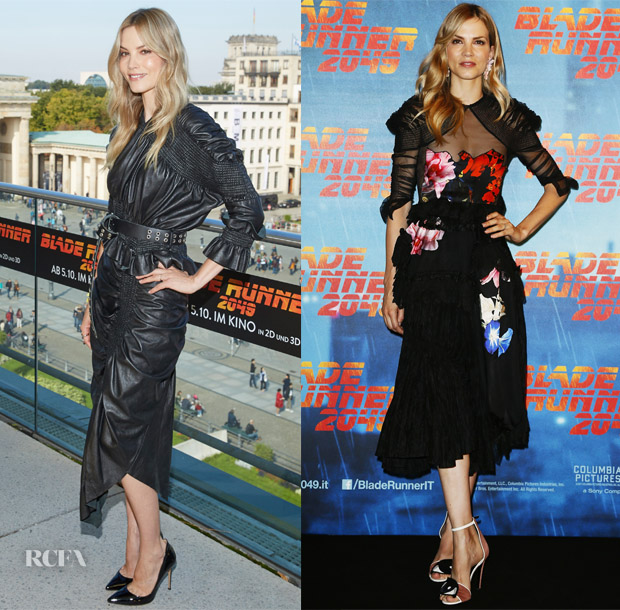 Sylvia Hoeks brought some feminine flair to the ‘Blade Runner 2049’ press tour, first at the Berlin photocall on Sunday (September 17) then on Tuesday (September 19) at the Rome photocall.

Berlin Photocall: The inky fabric of her Preen ensemble toughened up the delicate ruffles and gathers. Cinched with a studded belt and accented with black pointed-toe pumps, the outfit was in keeping with the film’s futuristic theme without veering into clichés or becoming costume-y. This was in total contrast to her co-star Ana de Armas’ glittery affair.

Rome Photocall: Adding some blooms to her black colour palette, the Dutch actress wore a Preen Fall 2017 dress which brought a moody elegance. The Pierre Hardy ‘Eyes’ sandals added a surrealist element to the outfit. 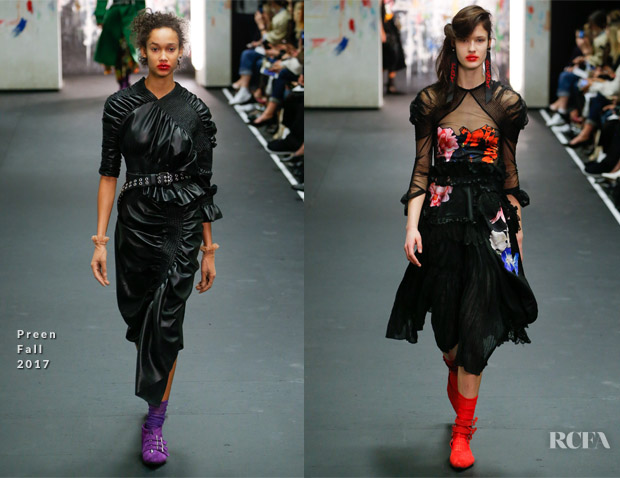