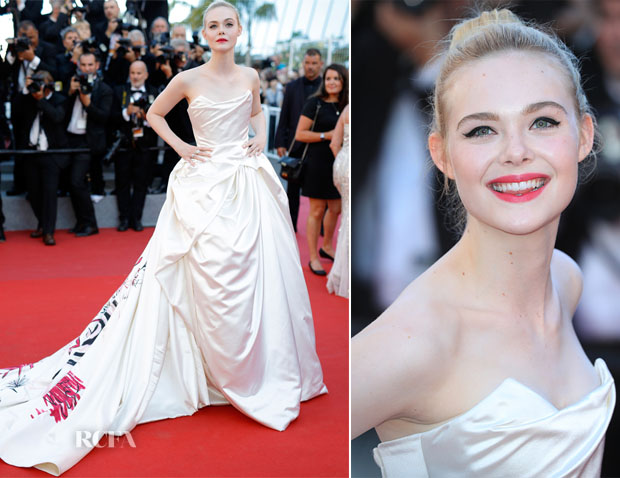 Cannes is all about glamorous fashion fantasy and Elle Fanning heralded in every bit of that mood for the 2017 Cannes Film Festival opening ceremony and premiere of ‘Ismael’s Ghosts (Les Fantomes d’Ismael)’ on Wednesday (May 17) as one of the newest L’Oreal ambassadors.

Based on the iconic ‘Bird of Paradise’ design, her Vivienne Westwood Couture gown was created especially for the starlet with the hand-painted print referencing her name via planets and shooting stars called ‘Elle.’

Of course, the design had the signature Vivienne Westwood hallmarks with the corsetry styling and ruched, draped silhouette.

But, it offered so much more, too, with its magically creamy colour that was divine on Elle mixed with the swirl of ebony, white, neon and fuschia-pink hues in the long train creating a youthfully artsy spin on all-out whimsical elegance. 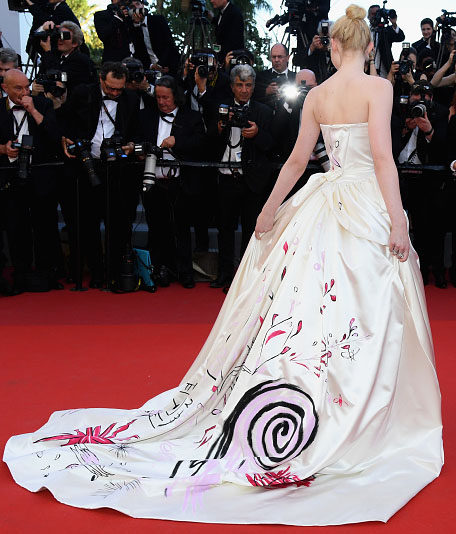