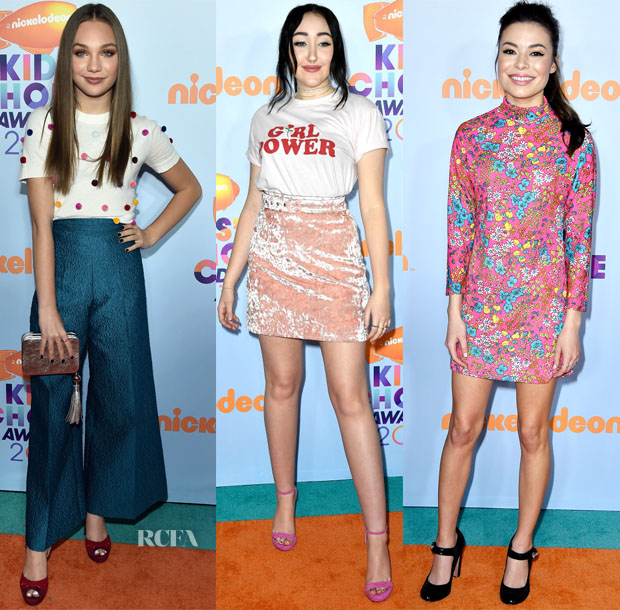 More starlets were also in attendance for the 2017 Nickelodeon Kids’ Choice Awards on Saturday (March 11) in LA.

Maddie Ziegler: The ‘Dance Moms’ starlet perhaps paid homage to her dancing background with the mini pom-poms on her Kate Spade New York ‘Pom Sweater.’ Her on-trend wide-leg trousers and mahogany L.K. Bennett heels showed a mature command of style despite her 14 years of age.

Noah Cyrus: Taking after sister Miley Cyrus, Noah made a style statement in her Girl Power tee paired with a velvety MSGM skirt. That was all fine and dandy, but the fuchsia sandals were lost on me as the colour made no sense at all.

Miranda Cosgrove: Miranda’s heavy black Prada heels also commanded a bit too much attention in her ensemble that featured a brightly hued Marc Jacobs dress with an Asian-inspired floral motif. 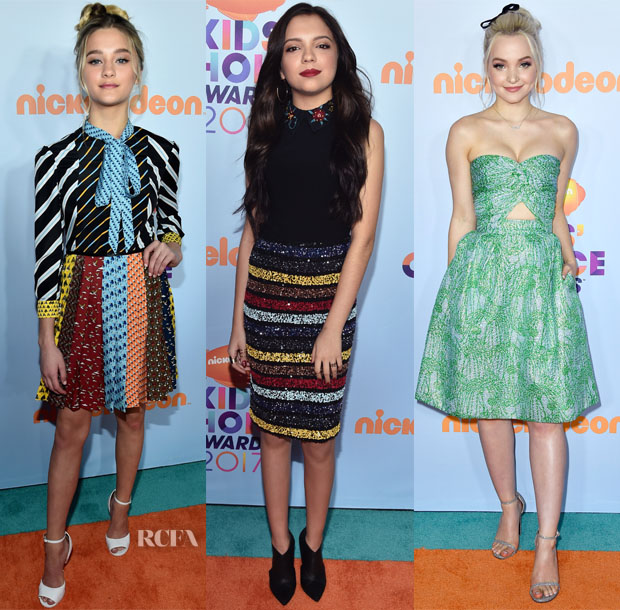 Lizzy Greene: Prints and patterning were in overdrive with this Mary Katrantzou Resort 2017 pleated dress that riffed on scarves and ties although I could have done without the white heels.

Cree Cicchino: The Nickelodeon starlet went for both conservative and embellished in this Alice + Olivia frock paired with Nine West booties and Bearfruit Jewelry.

Dove Cameron: All-out girly was Dove’s M.O. in this feminine, flirty Monique Lhuillier Resort 2017 frock. I loved the punch of the black ribbon in her hair, and I would argue that a sandal in a bolder green or blue hue from the dress—or even black on this occasion—would have better tied the look together. 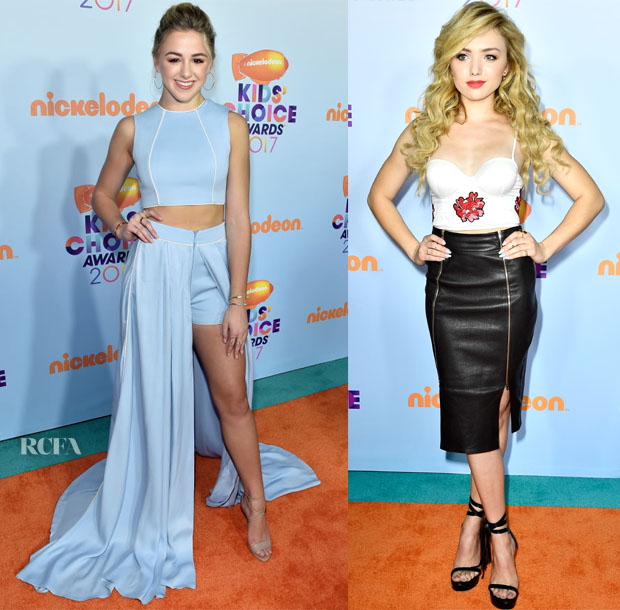 Chloe Lukasiak: Sometimes the short-and-skirt fusion works. But with this John Paul Ataker Spring/Summer 2017 two-piece outfit, it fell victim to too much fabric pooling at the floor.

Peyton List: Something about this embroidered white corset and leather pencil skirt seemed a bit dated—and even ageing—for the young star. I partially blame the over-coiled locks.