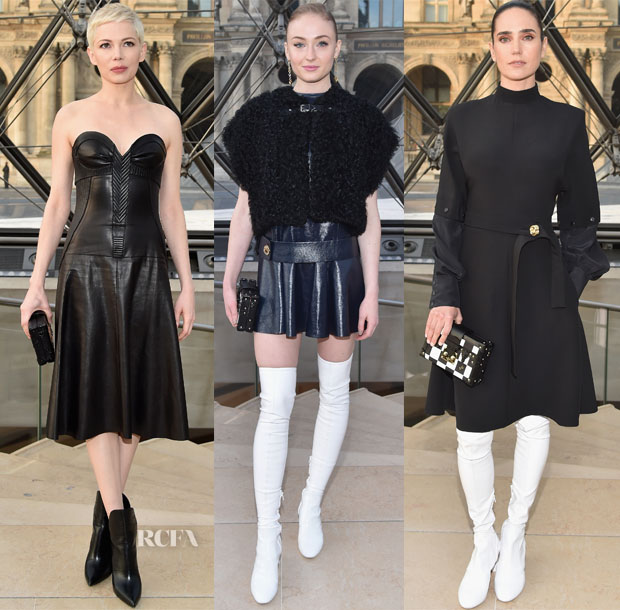 The ladies of the Louis Vuitton Fall 2017 front row made from an impressive—and impressively cohesive—showing at the Paris Fashion Week show on Tuesday (March 7), with all donning surprisingly well-coordinated looks from the house of LV.

Michelle Williams: A power LBD if there ever was one, this look proved that there’s nothing monotonous about the sultry-sweet lines of a black leather dress edged up further by a sharp pair of booties.

Sophie Turner: Commanding a chic, warrior-princess mood, the ‘Game of Thrones’ actress was also the ultimate fashion girl in this forward look. On paper, the furry vest, gathered leather skirt, and futuristic white boots would be strange bedfellows, but it works beautifully on Sophie.

Jennifer Connelly: The actress’s LV looks can be hit and miss. But she was at the top of her game with the sleek lines of this black dress accessorised by those striking white boots and graphic clutch. 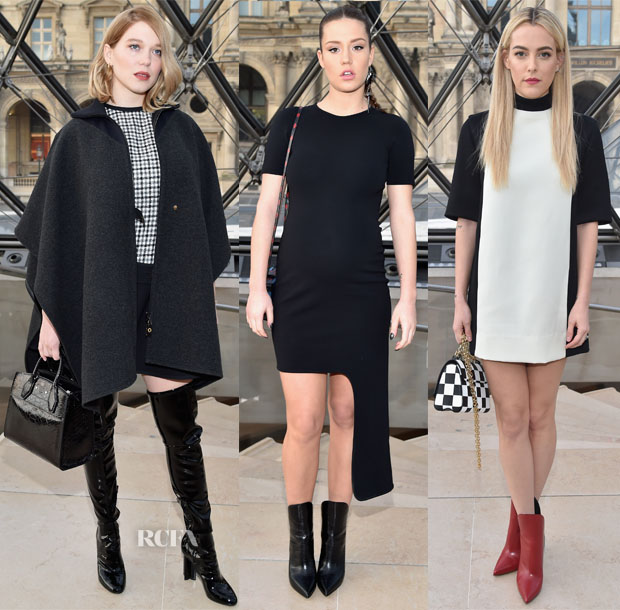 Lea Seydoux: Refined French elegance was the story Lea was telling with her black-and-white ensemble, emboldened by patent, over-the-knee boots lest anyone think the rest was too tame.

Adele Exarchopoulos: Her LBD didn’t carry quite the same impact as Michelle’s, yet the asymmetry still provided an interesting note of contrast.

Riley Keough: A retro-inspired darling, she charmed in this paneled shift dress. But it was her styling that really heightened the look in the checkerboard bag and deep-red booties. 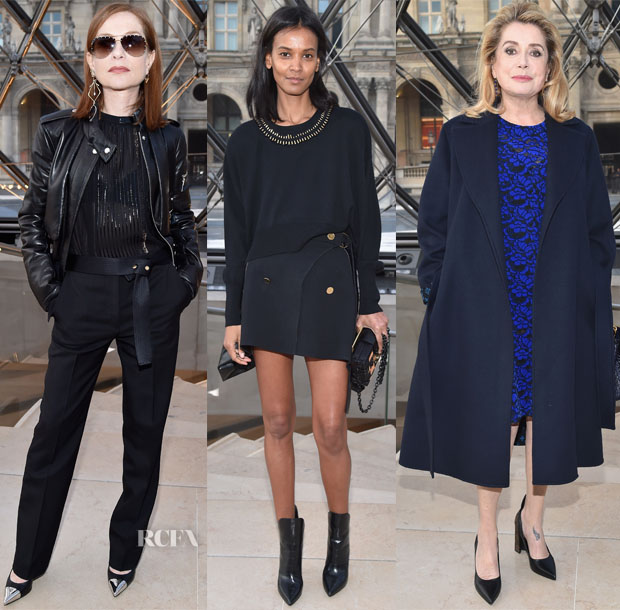 Isabelle Huppert: As sophisticated as ever, the actress did what she does best—fusing cultured class (trousers and tie sash) with edgy allure (leather moto jacket and peek-a-boo sweater).

Liya Kebede: The model kept it simple and effortless in a sweater and skirt set, with her bare face echoing the minimalist vibe of the look.

Catherine Deneuve: On this occasion, I was thankful for the navy coat which tempered the louder, electric-blue lace underneath.

Michelle, Sophie, and Jennifer all made an impression on me with their powerful, cool-girl entrances that commanded attention. What say you?