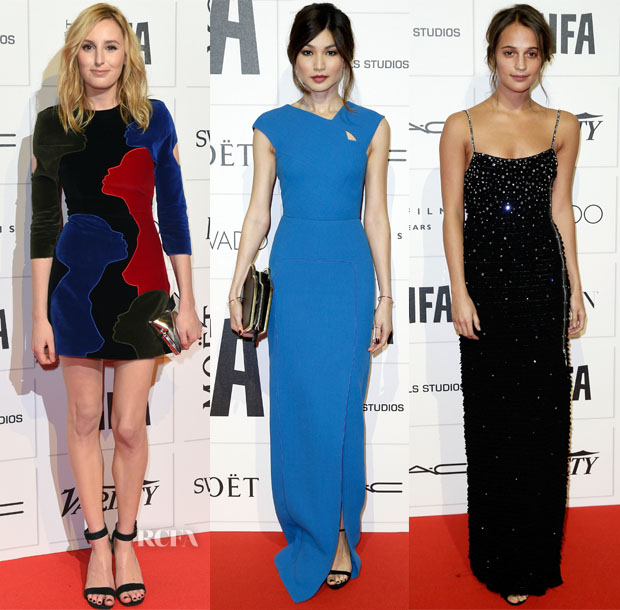 Here is a quick look at a few more celebs who joined Carey Mulligan and Marion Cotillard for the 2015 British Independent Film Awards at Old Billingsgate Market on Sunday (December 6) in London, England.

Laura Carmichael: The ‘Downton Abbey’ actress wore a Christopher Kane dress with a trio of silhouettes which glow softly against this black sleeveless velvet mini dress. Styled with an Anya Hindmarch ‘Crisp Packet’ clutch and black sandals, I continue to be excited by Laura’s red carpet looks. Words I thought I would never say a year ago. You may remember that Rowan Blanchard wore this to a Teen Vogue event.

Gemma Chan: The British actress served up contemporary elegance wearing a Roland Mouret gown which I love for the impeccably tailoring and bright blue hue.

Alicia Vikander: The actress wore a beautiful custom Louis Vuitton crystal accented gown styled with LV sandals and a Fine Jewelry ring. Such a shame about the lacklustre makeup. 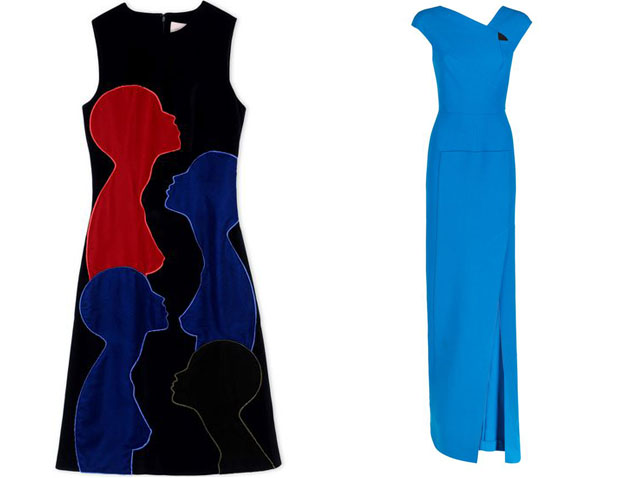