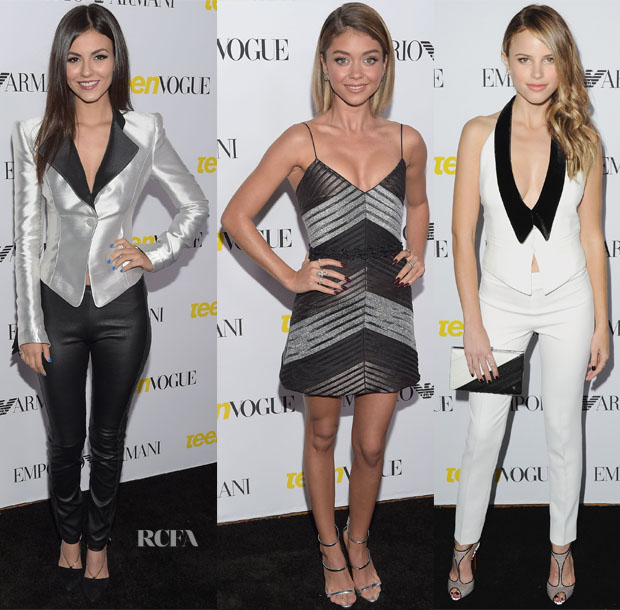 A host of PYTs joined Kiernan Shipka for the Teen Vogue Young Hollywood party on Friday (October 2) in Beverly Hills, California, and it would appear that it was only Kiernan who brought some colour to this party.

Victoria Justice: The actress’ shiny Armani suit had plenty of disco-fever but it failed to excite.

Halston Sage: While I love the idea behind her black and white Armani suit, the vest doesn’t appear to fit very well. Louboutin heels and a Elisabeth Weinstock clutch completed the dual-colour theme. 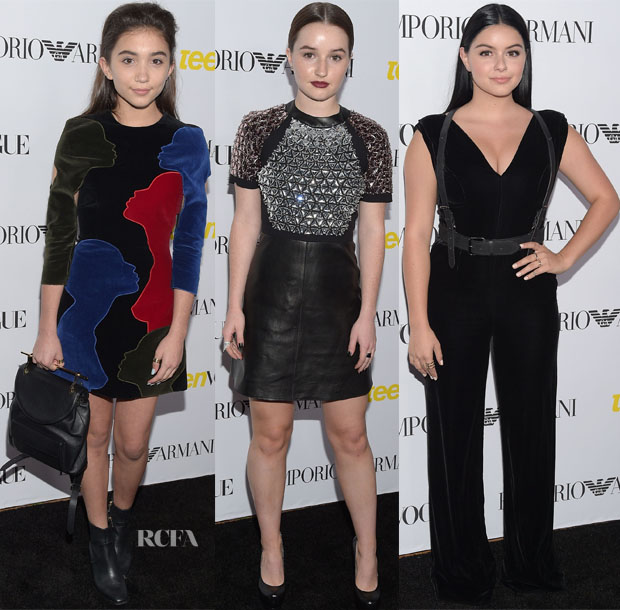 Ariel Winter: Sans leather harness, this is a great look for Ariel, even if the trousers on her velvet jumpsuit are too long.

Lupita Nyong’o In BOSS – The View