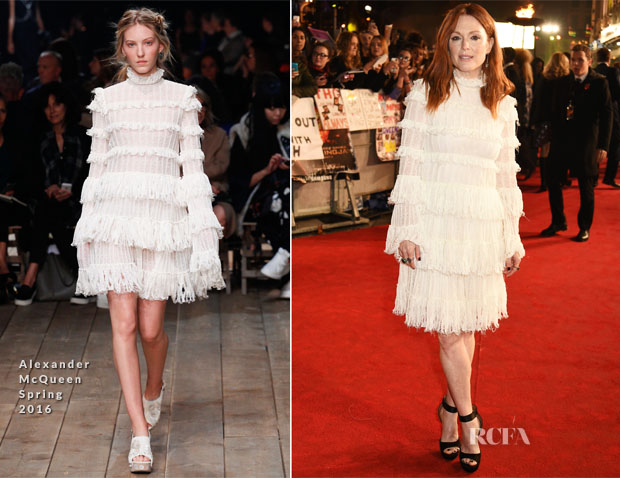 Going from black in Berlin to white in London, the actress cut things short in an Alexander McQueen Spring 2016 tiered cocktail dress that maintained her recent ruffle theme.

Like or loathe the dress, given its Victorian-style high neckline and lightly tattered lacy effect, I do have two wishes.

First, her hair should have been pulled back into a sleek style. And, second, a winter-white sandal should have been worn, as those black shoes were a heavy finish to this relatively lacklustre showing.

Regardless, I think we all know that Julianne can do so much better for a big premiere such as this.