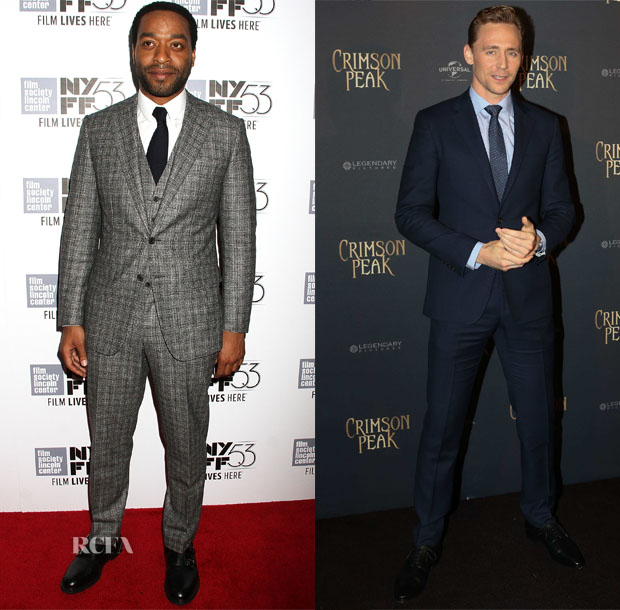 A handful of gentleman have been on the scene the past few days attending a range of premieres and photocalls.

Chiwetel Ejiofor: The actor was at the 53rd New York Film Festival for ‘The Martian’ premiere at Alice Tully Hall on Sunday (September 27). His tweedy Thom Sweeney three-piece suit added a sharp textural component to the standard-issue gray colourway.

Tom Hiddleston: For the ‘Crimson Peak’ premiere at UGC Cine Cite Bercy in Paris, France on Monday (September 28), Tom took a corporate-inspired approach in a saturated navy Polo Ralph Lauren ensemble. There was nothing so special about the suit, but it derived its power in the way the mix of blues enhanced his handsome gaze. 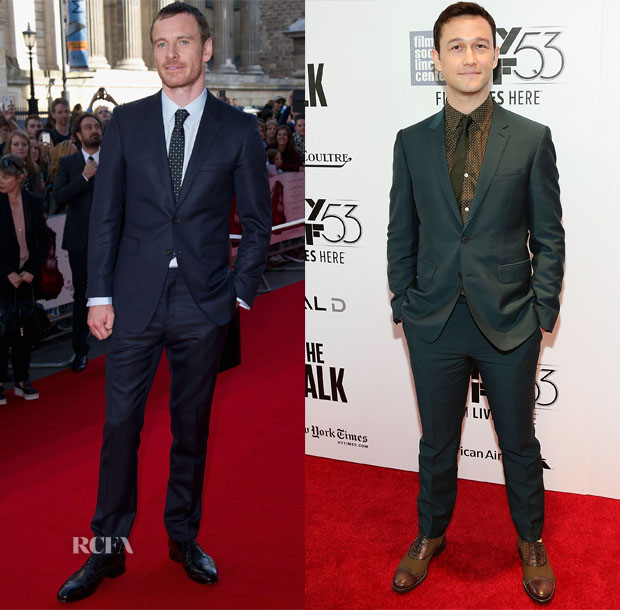 Michael Fassbender: Michael and Tom clearly were channeling the same sartorial inspiration this week, as his navy Burberry Tailoring suit and patterned tie was a close match at the ‘Macbeth’ photocall at Edinburgh Festival Theatre on Sunday (September 27) in Edinburgh, Scotland.

Joseph Gordon-Levitt: Straying away from blue in his Burberry Tailoring look, Joseph was instead seeing green at the Opening Night Gala Presentation and ‘The Walk’ World Premiere during the 53rd New York Film Festival at Alice Tully Hall at Lincoln Center on Saturday (September 26). I loved this look for its step away from the black and navy norm, as the rich emerald-teal hue mixed with cappuccino brown was intriguing whilst still presenting a polished presence.