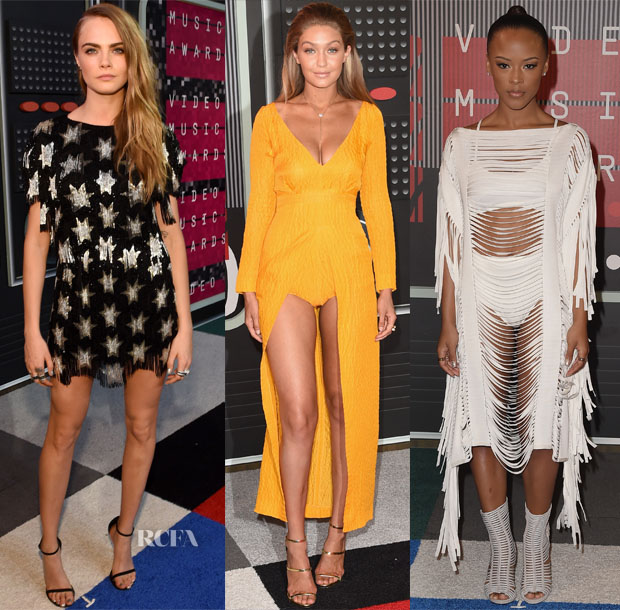 Here is a roundup from Sunday’s (August 30) 2015 MTV Video Music Awards at the Microsoft Theater in Los Angeles, California.

Gigi Hadid: The model wore a saffron yellow Emilia Wickstead ‘Emma’ jacquard dress paired with matching hot pants. She certainly has the legs to rock this look, but I can’t get on board with the bouffant. It’s very 80s Cindy Crawford, but perhaps that’s what she was going for.

Serayah: I don’t quite get the purpose of this Herve Leger dress. It looks more like a beach cover up, which is even more apparent considering she looks like she’s wearing a bikini underneath. 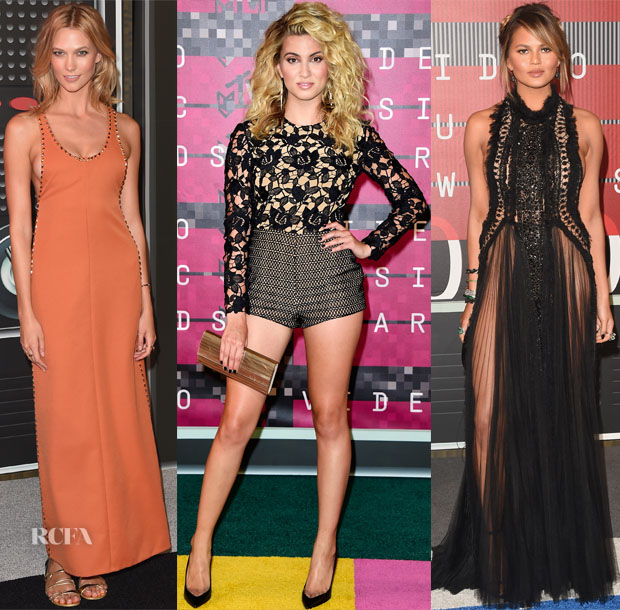 Karlie Kloss: The model wore a Louis Vuitton studded dress which gave us an eye full of side boob.

Chrissy Teigen: Considering some of the looks on this red carpet, her Marchesa Fall 2015 halter gown with its sheer elements was relatively tame in comparison. 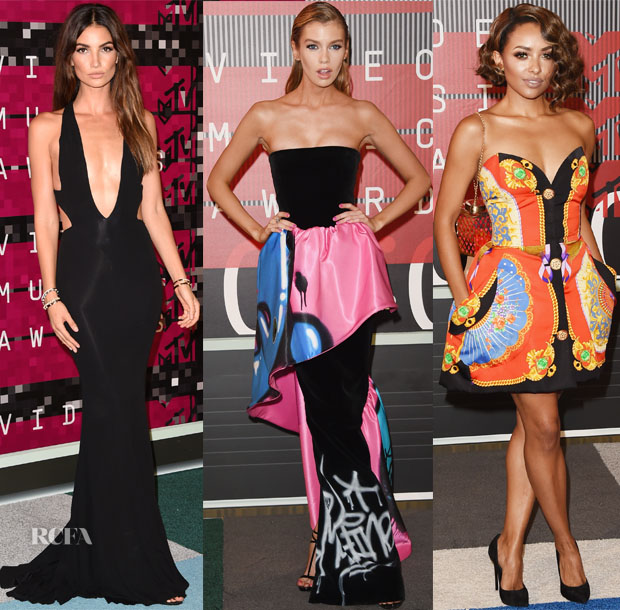 Lily Aldridge: As gorgeous as Lily looks in this Alexandre Vauthier Fall 2015 cut-out gown, I have been there and done that so many times with this style of gown that I’m fatigued by it.

Kat Graham: I can’t say I’m a fan of the actress’ vintage Versace dress. The print is so gaudy.