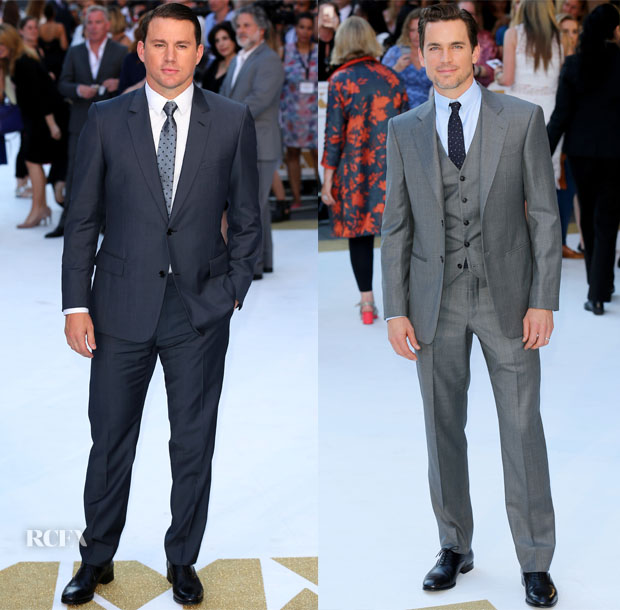 Let’s face it; the ‘Magic Mike XXL’ premiere hosted last night (May 30) was all about the guys. Four of the film’s hunk stars hit the red carpet at the Vue West End in London, England, joining Amber Heard and Jada Pinkett-Smith.

Channing Tatum: Although he attended the premiere with his beautifully clad plus-one, Jenna Dewan-Tatum, the actor cut his own slick profile in a blue Dior Homme two-button notch-lapel suit that was crisply paired with a white dress shirt, printed tie, and Christian Louboutin ‘Education’ oxford flats.

Matt Bomer: The actor wore a traditional gray Giorgio Armani three-piece suit. It’s hard to argue with such a look when his baby-blue shirt brings out those piercingly handsome eyes of his. 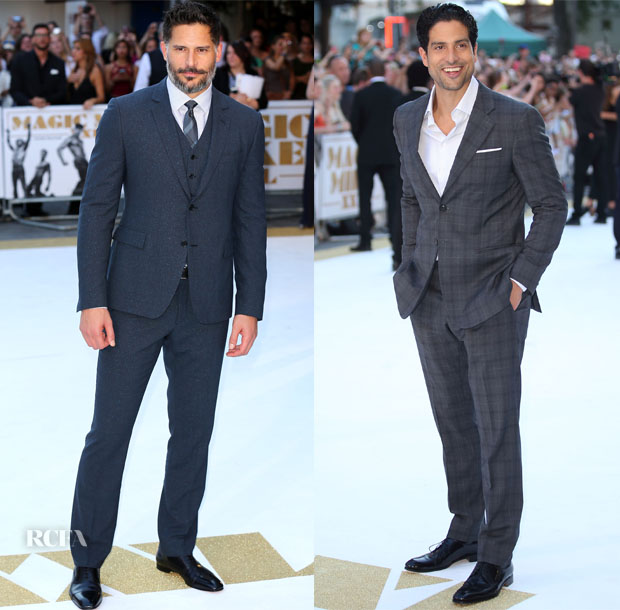 Joe Manganiello: Looking ever so dapper, the actor dressed in a John Varvatos three-piece Made-to-Measure suit paired with John Varvatos Madison Chukkas. This ensemble fit him like a glove, as it should.

Adam Rodriguez: Adopting a more informal approach than his suit-and-tie co-stars, Adam worked a plaid Giorgio Armani suit that took on a casual spirit with his white button-down shirt that he wore unbuttoned and sans tie.

I loved the impeccable polish of Channing and Joe’s classic yet contemporary looks. Which guy caught your eye?

Who Was Your Best Dressed At The ‘Magic Mike XXL’ London Premiere?