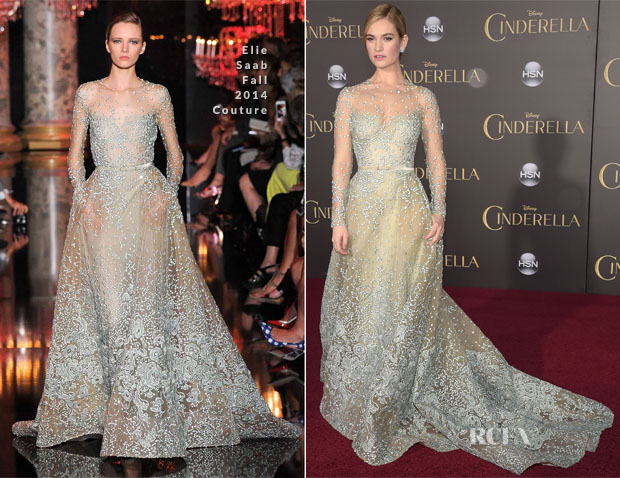 Not to be upstaged on her special night, the British actress wore a gown fit for a fairytale ending by the red carpet king, Elie Saab.

While some of you will be stifling a not-another-Elie-Saab-Couture-princess-gown yawn, I couldn’t be more enamoured by her Fall 2014 Couture aqua-green gown with its embroidered detailing and perfectly themed outward appearance.

Seriously, what’s not to love?

Oozing elegance from every pore, I love the swept-back do, the flawless makeup and the Kwiat diamonds, which help enhance the look further.

With her butterfly appliqué Christian Louboutin ‘Cinderella’ strass peep-toes acting as her glass slippers and her Charlotte Olympia ‘Time Piece’ clutch ensuring she’s back home by midnight, this is by far her best look of this promo tour.