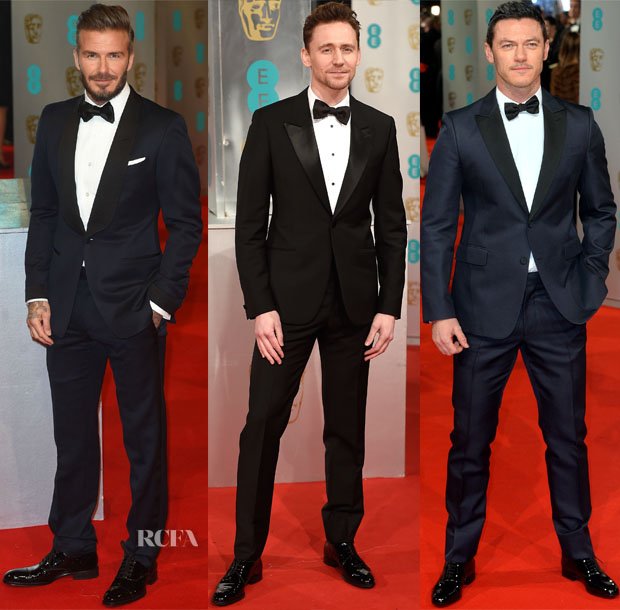 The tuxes were out in force at the 2015 BAFTAs, hosted at The Royal Opera House on Sunday (February 8). Here, a look at the fine fellows on the red carpet.

David Beckham: The always-handsome Becks wore an impeccable midnight-blue suit, well tailored and popped with a white pocket square and perfect bow tie. I love the added dimension of the deep indigo shade. He just wears clothes so well.

Luke Evans: Also opting for a midnight-blue suit, Luke’s was an Ermenegildo Zegna piece, jazzed up with contrast black lapels and a black bow tie. He could have likely seen his reflection in his hyper-polished, patent shoes, in which case it should have told him that his pants were a fraction too slouchy. 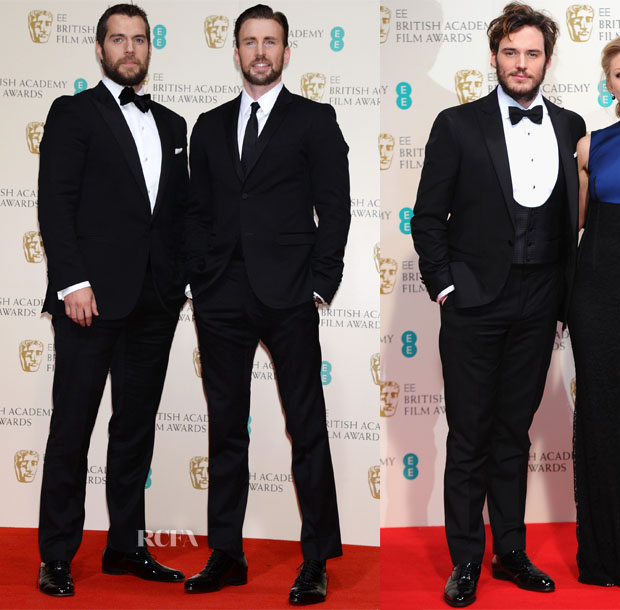 Henry Cavill: The Superman star needed some sartorial superpowers to fix his bow tie that had gone comically awry. Otherwise, his black Ermenegildo Zegna tuxedo fit the formal red-carpet bill, if not all that memorably.

Chris Evans: One of the few who skipped a bow tie in favour of a skinny black tie, the ‘Captain America’ actor wore a buttoned-up black suit that reminded me of corporate office wear, and as a result, simply blended into the background. I would have loved to see his striking features in a slightly bolder offering—even a royal blue suit would have made all the difference.

Sam Claflin: Wearing his black tux with a cummerbund-style vest and bow tie, ‘The Hunger Games: Mockingjay’ actor took a formal approach to the evening—until you saw the, ahem, creatively unruly hair. The wildly tousled strands were quiet the contrast to his traditional ensemble. 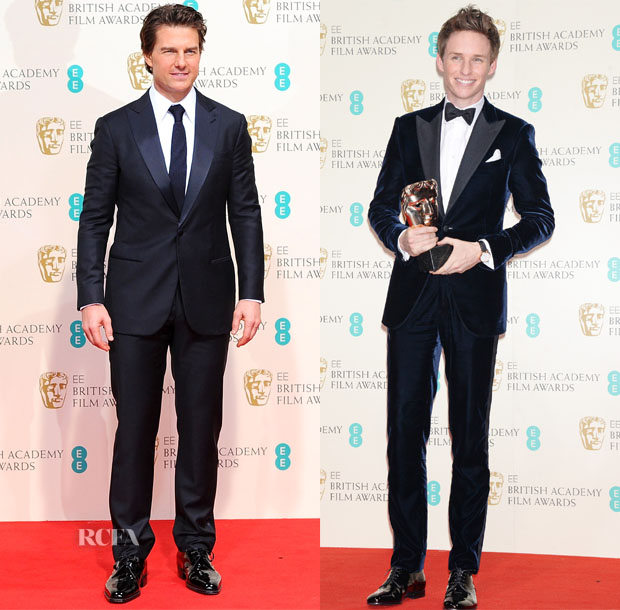 Tom Cruise: The actor kept the welcomed deep-blue trend going strong in a Giorgio Armani after-dark tuxedo in wool and cashmere, which he likewise paired with a matching tie rather than a bow tie to finish out his polished entrance.

Eddie Redmayne: The Leading Actor winner for ‘The Theory of Everything’ was well-dressed as per in a fetching Giorgio Armani velvet, midnight-blue slim-fit tuxedo with black grosgrain details. I love the richness of the velvet, which he accessorized by adding a Chopard timepiece. He can do no wrong. 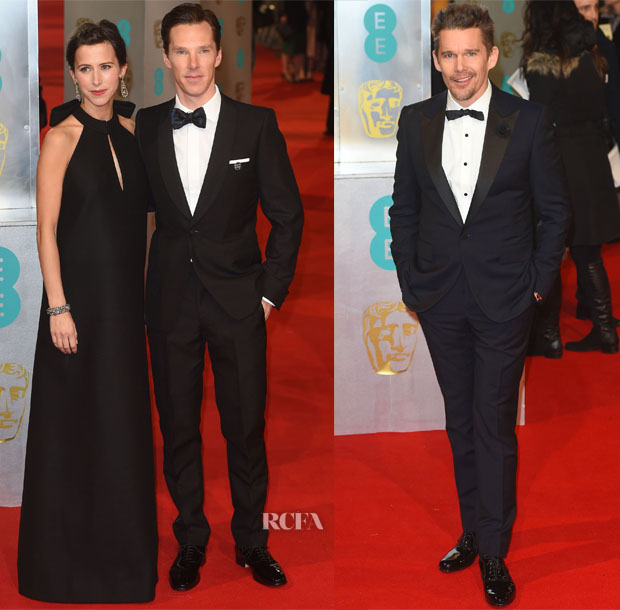 Benedict Cumberbatch: Standing alongside his fiancée Sophie Hunter, ‘The Imitation Game’ actor and nominee wore an Alexander McQueen bespoke tux with Tod’s shoes. Taken alone, the suit may have easily passed without notice. But, with the couple posing together, they were the epitome of classic sophistication.

Ethan Hawke: The ‘Boyhood’ actor and nominee’s head-to-toe Lanvin look featured a midnight-blue tuxedo with contrasting black lapels and a white dress shirt with black buttons. I could have done without the mini-skinny bow tie.