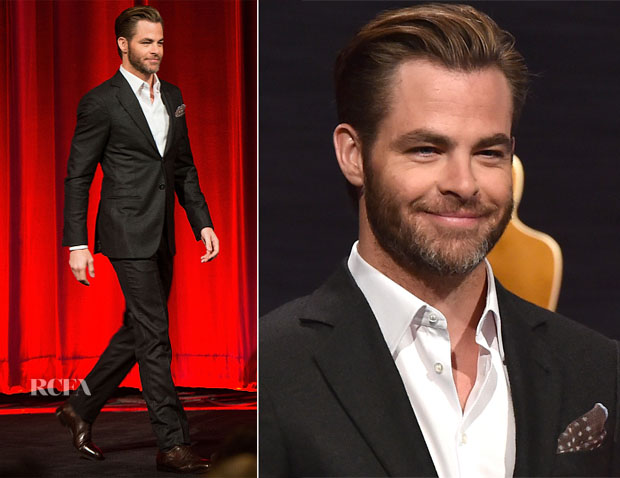 Chris Pine was on hand to announce the 87th Academy Awards nominations on Thursday (January 15), which was held at the AMPAS Samuel Goldwyn Theater in Beverly Hills, California.

As the current face of one of Giorgio Armani’s signature fragrances, ‘Armani Code’, it was not a surprise to see the handsome actor wearing a suit by the Italian brand.

Beautifully tailored with construction to ensure the masculine shape remains strong through the shoulders and chest, his Giorgio Armani Made to Measure charcoal-grey two-button notch-lapel suit styled with a classic white open shirt was given an extra flourish via his dotted pocket square.

Julianne Hough In Camilla and Marc – ‘Swirl’ Dance Off