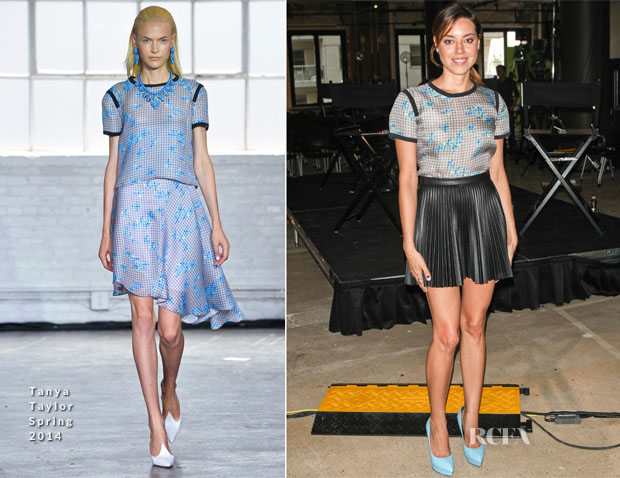 The actress opted for a youthful look, donning a tee rendered in that popular gingham and floral print from Tanya Taylor’s Spring 2014 collection which she paired with a leather pleated mini skirt, taking her look into cooler territory.

This pairing, which would be considered the ultimate contrast, was rounded out with complementary baby-blue platform pumps which leave me breathless. 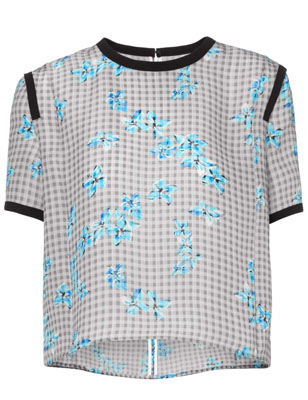 Aubrey Plaza Was Polished In Prada For T...