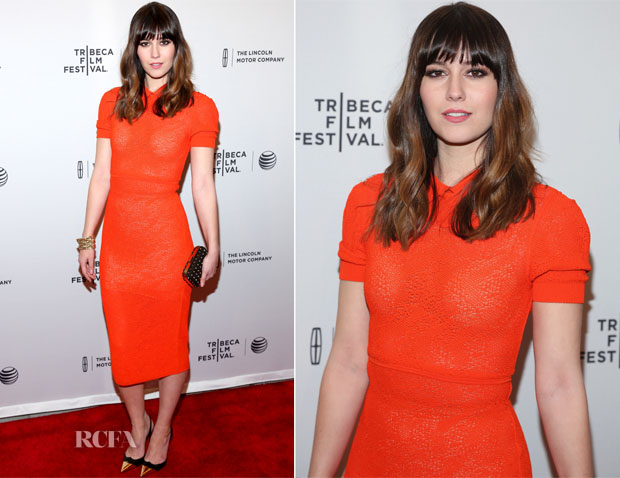 The actress wore a Vionnet Spring 2014 bright orange knit dress with a pointy collar and back cut out which she styled with black-and-gold accessories including a Gucci studded clutch and top-cap slingbacks plus a gold cuff.

While I’m not a huge fan of the dress itself, even though it gives her a streamline silhouette, I do really like the styling of this look which could’ve been muted with nude pumps.

Birds of Prey (and the Fantabulous Emanc...

Variety 10 Actors To Watch And Newport B...