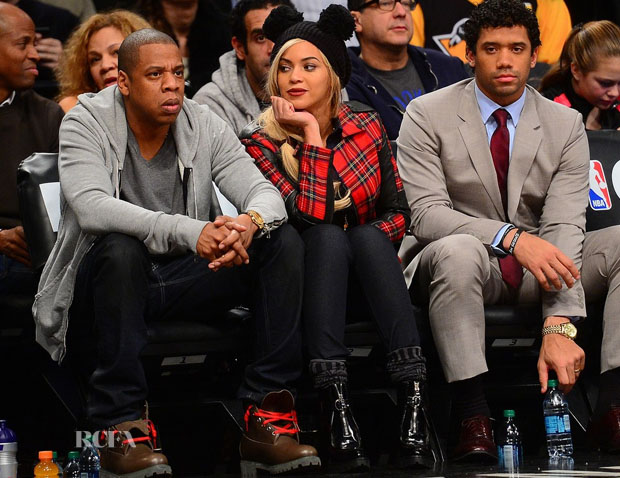 Beyonce Knowles was seated court-side for the Brooklyn Nets game with her husband Jay Z at the Barclays Center on Monday (February 3) in New York City.

After feeling that we’ve perhaps seen too much of Beyonce via caged corsets and sheer dresses, it’s somewhat refreshing to see the singer fully clothed.

Jumping somewhat late onto the plaid trend, the singer wore a Karl Lagerfeld tartan wool biker jacket, which you may remember we’ve seen on Rita Ora.

The look was styled with dark-denim jeans, grey-striped socks and black zipper boots from the Prada Fall 2013 collection, with a cute Eugenia Kim knit pom-pom hat rounding out her look. 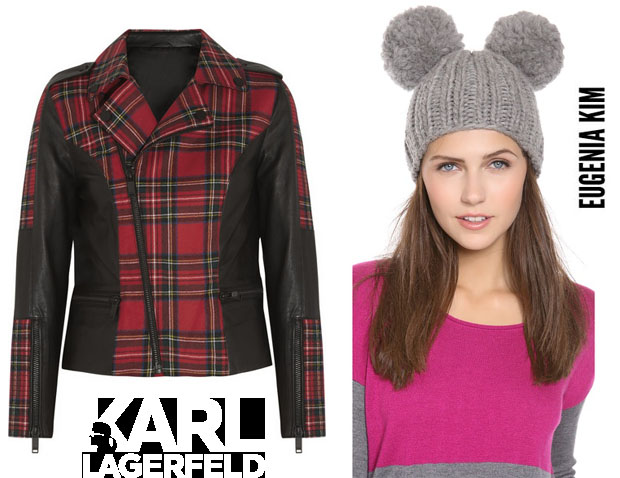